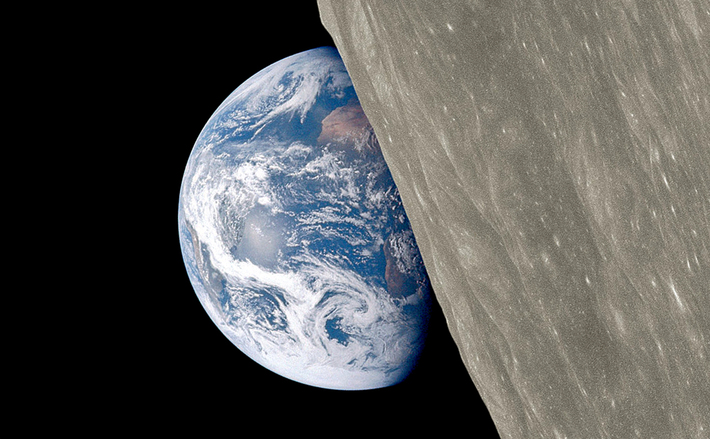 EARTH Day yesterday passed without the attention one might normally expect, understandably, due to the pressing demands of dealing with the coronavirus crisis.

But when the current crisis is over, the subject of climate change will return. It never went away, except for flickers of indications of what the skies, streets and sounds might be like, on a repaired planet.

Shortly before the virus crisis struck, Haringey Council launched its overdue Climate Change Action Plan. This is now returned to the back-burner. Rightly or wrongly, it is difficult to see any more attention being given to it this year—and possibly next year too—as the little it received, last year.

Haringey's climate inaction plan ~
Credibility net zero achieved in 2020
.
THE world's most democratic national Constitution was said to be one drawn up in 1936. That it was published under USSR tyrant Stalin, is a reminder that political charters need to be considered in the context of who is responsible for them and what is their reputation.

And so it is with Haringey's Climate Action Plan (link below), whose publication a month ago may be welcomed by those unfamiliar with the council's past and present record. Or by those who choose to ignore the history.

In the action plan, no new actions were planned for the rest of the year. Despite a claim that "the level of ambition is huge", the latest goal—of achieving net zero carbon emissions by 2041—is literally hopeless. By the end of this decade, far more than that will be needed. The use of "net" is a get-out clause.

Haringey Council (LBH) cannot reverse climate damage alone, but in the 12 months between their declaration of an "emergency" and the action-plan, the council could have taken practical steps. However, their plan actually set out a timetable for even more delay. It was billed as a "direction of travel" and "a process of engagement", for adoption in the "Autumn" or "by November 2020".

It is not so much a lack of urgency, as its absence.

It was three months late. It came 11 (eleven) years after the council published a worthy, 50-page, 10-year strategy on CO2 reduction ("Haringey's Greenest Borough strategy"). Most of whose aims went unfulfilled. For more than a decade, the history of Haringey in the field of carbon-reduction has been one of PR, promises, publications and prevarication: but not significant action.

Their target of a 40% reduction in Borough-wide carbon emissions by 2020 was quietly dropped years ago. The Annual Carbon Reports became increasingly meaningless, especially after their ambit was shrunk so as to apply only to council-owned buildings.

Examining the performances of other London boroughs shows that Haringey has simply matched trends observed elsewhere. Those reflect wider changes in economics and other factors that in turn, affect how people use transport, energy and resources. The biggest difference with LBH, are their boastful claims for credit for what are near-universal changes.
.
Two sacred cows
.
Haringey's action plan sees C02 reduction largely in terms of buildings and less about vehicle emissions. Two sacred cows stand out for receiving little mention: car-use and ownership; plus the carbon-costly demolition of buildings that is wanted by the council's developer-partners.

LBH could take action in the area of transport policy ("modal shift") as other Boroughs, like Waltham Forest have. LBH has but a single School-Street versus Islington's half-dozen. Rat-runs like Crescent Road N22, and sewers of pollution in residential streets (Wightman Road N4) are in effect, defended. When it comes to practical action on the ground, LBH cannot be taken seriously.

Carbon-absorbing and sun- wind- and rainfall-softening trees, will be a part of the climate fight, but LBH's arboreal-ambition compares poorly with neighbouring Hackney. Before the current Budget, Council Leader Joseph Ejiofor boasted of an extra 750 trees over two years. Here, it is a pity that "net" is not used, because it is unclear to what extent that number exceeds the usual, significant losses of trees. In the same period—in the largest urban tree-planting programme in the country—Hackney Council intend to plant 36,000 trees.

Last September, LBH's leader tweeted,
.
For global day of climate action to mean anything, we politicians need to be brave enough to risk our careers & stand up against vested & personal interests to tackle the climate emergency …
.
But there is no risk or bravery here. In December, he tweeted that LBH was,
.
actively challenging the climate crisis.
.
But his council's "action" plan is not active and "challenge" is an empty PR term. Haringey Council is not alone among institutions that appear incapable of taking climate-breakdown urgently or seriously enough. In early March at the EU Parliament in Brussels, Greta Thunberg described the EU's Green Deal climate-plan as: unambitious and unenforceable; as "empty words", "giving up", "surrender" and "pretending" to be a leader on climate-change. Her words could apply to the Ejiofor-led, LBH effort.

But Haringey's action plan is more worrying than most of the council's action-plan oxymorons. Greta has warned truly, that the (false) appearance of action is more dangerous than inaction, because it lulls people into a false sense of security. After 12 months’ wait, LBH's effort is an example of such green-washing: an action plan in order to disguise inaction.

Haringey needs decisive action and leadership. Their report is actually the clearest evidence that the current council administration provides neither. The LBH Cabinet Member for Climate Change of 10 months should consider her position. Can we afford to have another climate/carbon paper gather dust for a further decade?