HDV | Intimidation of the Labour Call-in Councillors? Genuine? or a forgery?

Ostensibly, it is to a Labour Councillor whose name is redacted and who would have been a signatory to the Labour Call-in of the Council Cabinet's decision to proceed with the Haringey Development Vehicle.

I've reproduced the letter below in full and have not edited the text in any way. I've filed this posting under “Local Politics”.

This could be a scurrilous attempt to discredit the Labour Party—or to cast its leadership in a bad light, such as engaging in gagging. And eschewing traditional Labour Party values and showing contempt for the good-governance, check-and-balance of a Call-In (and Scrutiny) that is embodied in the Council's Constitution, and that is available to all Councillors. In other words, this could be a forgery, intended to stir up trouble. Is anyone reading this able to confirm that this is in fact, genuine?

(This letter has also been sent in hardcopy)

I am writing to you on behalf of the Whips team to request your attendance at a meeting to discuss your participation in a Council Call In dated 24 February 2017 regarding the Haringey Development Vehicle.

The meeting will adhere to Labour Party disciplinary procedures; it will be conducted by two members of the Whips team and will take place at a time to be determined via email following the receipt of this letter. The meeting and any subsequent actions taken will also be recorded on your file and may be referenced in any relevant disciplinary reports to the Party.

In an email to all Labour Group members last November about participation in Call Ins, it was made clear that any Members involved in any subsequent Call Ins would be asked to meet with the Whips to discuss their actions. The Whips team decided not to take individual disciplinary action at the time and instead Members were collectively warned that calling in decisions which are based on agreed Group policy is not acceptable and any further attempts to do so would be taken seriously.

This is now the second Call In during this municipal year [deleted xxxxxxxxxxxxxxxxxxxxxxxxxx] and we therefore have no choice but to take the matter forward in accordance with Labour Party disciplinary procedures.

It is deeply disappointing that we are in this situation as all Group members have been given ample opportunity to raise concerns through more appropriate channels, not least through lengthy discussions and specific votes at recent Group meetings which have established clear Group policy. This Call In has had significant consequences for both the Group and the Council which must be taken seriously.

We will be in touch again shortly to arrange the meeting date.

(On behalf of the Whips team)

Clive, I've been hearing strong rumours about such a letter which seems to have been sent out on paper - presumably to deter its further circulation. Your text is in line with the rumours and so I'm fairly sure it is genuine.

It seems to be yet another foolish and counter-productive attempt by the Dear Leader and her chums to gag Labour councillors. Whoever dreamed-up this nonsense seems oblivious to the further damage it will do to the local Labour Party.

By "further damage" I'm thinking back to the episode when Claire Kober and her underlings made a similar mistake. As you know, Cllr Gideon Bull was disciplined for standing up and speaking out about cuts to Adult Day Care in his White Hart Lane ward. He had the Party Whip withdrawn and was suspended from the Labour Group for three months. The smug stupidity of our local "leaders" was exposed when this generated bad publicity. Which included a ward resident starting a petition asking for Gideon Bull's reinstatement. It attracted thousands of signatures.

At the time I wrote some advice for Haringey's then Chief Whip (Cllr Liz McShane) which I posted on Harringay Online website. I suggested that Liz McShane and Claire Kober could and should have welcomed the work and views of Gideon Bull. As would any sensible intelligent leader of an effective organisation welcomes critics who want to see the organisation improve.

Perhaps there is now a disposition to learn among the current whips? I'm a Labour Party member and for the Party's reputation I hope so.

FOR the avoidance of doubt, I do not know to which Councillor this message was sent, in the first instance, and I'm unlikely to know in the future.

Obviously, it would have been to one of the 10 Labour Councillors who had the courage to participate in the Call-In, something that is a right, conveyed by the Council Constitution.

Since posting this information, I've received independent information that has satisfied me that the text (save redactions) is genuine.

I've attached a pdf of the Second Call-In that was bravely signed by 10 Labour Councillors and followed the First Call-In by five LibDem Councillors (of whom I was one).

Those 10 Councillors are now to be punished for exercising their democratic right under the Council's Constitution. It could be a trumped-up charge such as, displaying uncomradely conduct. Never mind that the entire HDV is about as uncomradely as could be imagined. It will lead to a Labour Council evicting tenants—often their own supporters—and tp the demolition of their Council Houses. And why?

In order to promote the interests of the Haringey Development Vehicle—cooked up in restaurants in London and Cannes—supposedly owned 50:50 with the property developer. However, in practice, it is likely to be dominated by the multi-national company, fresh from re-developing the Heygate Estate (q.v.).

Page seven of the eight page document shows the 10 signatories—page extracted below (source): Clive, Residents need to know that this bullying culture is now deeply embedded in the way the Kober Regime operates.

In my personal opinion the Dear Leader Claire Kober is now running an autocratic rewards/punishment system.  This is linked to keeping as much control as possible of the Labour Party machinery. The not so implicit threat is that anyone who disagrees with her and her chums' right-wing views may be accused of "uncomradely behaviour" and liable to punishment or withdrawal of rewards.

Maybe the Dear Leader should simply instruct her minions to put a sign - Room 101 - on her door.
With some new signs - Big Sister is Watching You - to replace the previous condescending and childish signs on the inside of the toilet doors. 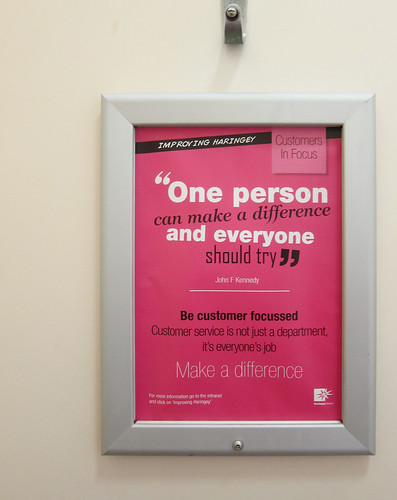 Hi Clive, I know hear that the ten councillors have been sent letters by the Labour "whips team" giving them appointments to come to River Park House and - as Cllr Lorna Reith is said to have explained - have a "conversation" about the Call-in.
I don't know whether all three of the "team" will be taking part in these meetings. Cllr Adam Jogee - still drawing a nice extra allowance as the Chief Whip - seems to be an unlikely participant since his humiliation as a "baby terrapin" by his employer Peter Bingle - lobbyist for property developers.

The other two are Cllr Peter Mitchell who I've never met and know nothing about; and Cllr Lorna Reith.

For people who may be new to this stuff, the absurdity of this process is that these councillors have used the call-in as part of the Scrutiny function. Scrutiny was set up specifically to balance the power of the system where English councils had to have a so-called cabinet. The idea was to have something like Parliamentary Select Committees. Scrutiny is a cross-party process and is not whipped.

So what we now have in bully-borough Haringey is the attempt to "chill" Scrutiny discussion by having the whips move in *afterwards*.

By the way, Scrutiny meetings are held in public. It's a vital part of having at least some democratic accountability. Plainly there will be some confidential items - such those involving personal matters, or in some cases commercial matters - which may be in private. But the basic principle is that our local democracy takes place in public as far as possible.

Since the sociologist Max Weber wrote over 100 years ago, this is not something bureaucrats welcome. Secret Haringey is no exception. So I wasn't surprised to hear in a pub discussion yesterday that the Scrutiny Panel's new "evidence gathering" may be held in private. Just imagine.They're going to invite experts to offer views and information on the Haringey Development (actually Demolition) Vehicle. Probably the largest most important and far-reaching scheme of its kind in the country. But ordinary residents - including the victims of this huge scheme - will not be allowed to sit and listen.

No love for fresh air and sunshine in Koberville!

Again for people who don't know how these things work, what's about to happen in Haringey Labour is that the process will begin for choosing the Party's candidates for the 2018 borough elections. The first stage of this process is that party members who wish to be considered apply to go on an approved list of possible candidates. Next year ward branch members will meet to interview and select three candidates. But they can only select from people on the list.

One exception is ward branches where the three existing members are simply re-selected - a sort of anointment. But with small active memberships and severe constraints on finding out about potential candidates, it's a bit like the 18th Century "pocket borough" or "rotten borough" system. Which of course is one reason why Labour's right-wing were worried about the election of Corbyn and the huge growth on membership.

One of the many ways to the regime can control and manipulate the process is to exclude people who have shown a tendency to ask questions and think for themselves. Or pursue "uncomradely" activities such as voting against or even daring the question the supreme authority of the Dear Leader.

Koberville thrives when we have supine and obsequious councillors

As Gilbert and Sullivan once put it:
"I grew so rich that I was sent
By a pocket borough into Parliament.
I always voted at my party's call,
And I never thought of thinking for myself at all." I WAS pleased to learn of the recent election of Cllr. Joe Ejiofor to become Deputy Leader of the Council. I believe his promotion represents a step forward.

It's important to note that that election was by secret ballot within the Labour Group and by that form, and on that occasion, intimidation was not possible.

Joe Ejiofor was the Lead Signatory for the Labour Call-In of the disgraceful decision to flog Hornsey Town Hall (plenty about that elsewhere on this site).

I sincerely hope that Joe will use his new authority to call off the misguided, oppressive, suppressive, autocratic and anti-democratic disciplinary action against his 10 colleagues, over their subsequent HDV Call-In.

Both actions were begun under the auspices of Labour Group Chief Whip, Cllr. Jogee:

Adam Jogee is a Hornsey Ward Councillor and also employed as a Consultant for property PR firm, Terrapin Communications Ltd.