Fifth anniversary of the Tottenham riots The media cannot resist an anniversary, and five years have passed since the London riots kicked off in Tottenham. The Guardian are carrying the story with a significant section investigating Haringey's economic prospects, then and now. All interesting stuff, and you get the impression that we're only a hot weather fortnight away from it all kicking off again.

However, and I know this is a Crouch End moan, but as so often seems to be the case, they can't resist highlighting the contrasting fortunes between the east and west of the borough (because it's so easy to do one supposes) in the section: "Haringey's poorer eastern wards, where the riots began, have done less well out of London's revival than its west"

It's a fair point you would think - except it only works when you view Haringey as an island, unconnected with surrounding areas of London. For instance is Tottenham's performance significantly different to Edmonton's, which lies immediately to the north (but within Enfield, and therefore never used as contrast)?; and do Crouch End/Muswell Hill have massively different stats to East Finchley or Hampstead Garden Suburb (which maybe clearer comparators)?

More insidiously, you do sometimes get the impression that there are those who think that, somehow, the relative prosperity of east and west are linked...  perhaps we should always remind people that correlation doesn't imply causation.

I've had a look at the Guardian piece and I'm as bemused by the thinking as I am by most Guardian pieces. What does the phrase "one of the many Turkish shops that was not looted" imply? That Turkish shops were granted immunity from looting? That many shops were not looted and some of them were Turkish? I'm not sure what Zoe Williams and Carmen Fishwick are getting at.

And the statistics seem only to demonstrate that when a statistic changes then the end results in two different places will be different if the starting points were different. The rate of Job Seekers Allowance claimants used to be higher in Northumberland Park than elsewhere in Haringey. It has improved a lot even in Northumberland Park, but it is still higher there than elsewhere. Are we supposed to be surprised by this?

Riot inducing conditions are supposed to have worsened. Certainly the country is now very hard up - even with the cuts in public spending we have seen in the last 6 years, we cannot keep up with the interest payments on a still increasing debt, so there is certainly less public money to go around. But the riots were actually triggered by an armed police action that resulted in a civilian death. With 600 extra armed police on the streets the chances of a similar event have surely increased very dramatically. When a further death does happen, some. perhaps many, will be angry about it. 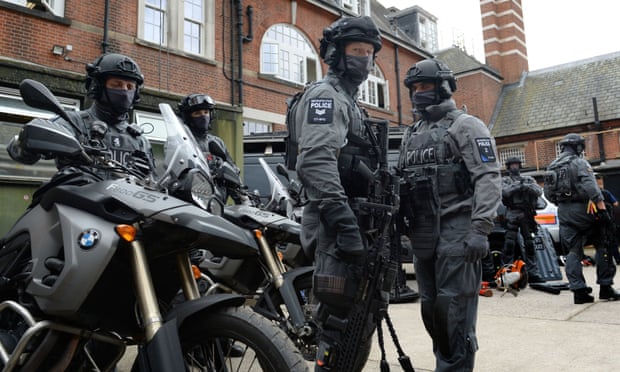