The "observed" part of the title is very clear to see. The good photographer sees something in a scene which I do not, and many of the pictures have this characteristic, another perspective on a view which I have missed. The skill of grouping the pictures into sets also makes the whole more than the sum of its parts. For instance there is a set of pictures of barbers, by which I mean men's hairdressers, the implication being that someone has identified just how many barbers there are locally and highlighted them in  a cluster of photos. The cluster is book ended by a barber's pole to remind us of the origins of the barber surgeon.

The 'imagined' is a smaller part of the overall exhibition with just a few collages made up of shot of leaves from local parks. Unless we count the pictures from the Parkland Walk - the subjects there are often the graffiti which now line it for considerable parts of its length. There is one picture of a fawn breaking through from the other side onto the Parkland Walk. A picture of the imagined observed.

Altogether I'd say it's well worth a walk round to the library. I think there will generally be a photographer or two present in the gallery, to talk to you about the differing perspectives they take, and the excitement they feel about the medium, which they will do their best to convey to you. 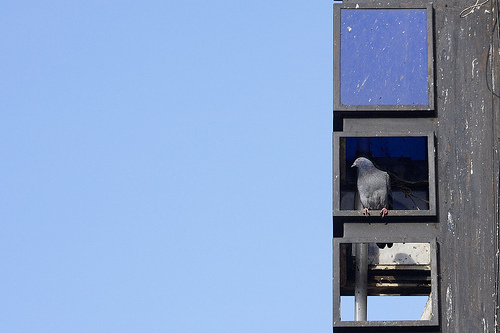