DESPITE his best efforts to avoid an election, the current council leader, Joseph Ejiofor, now faces the possibility of a challenge in his Group's now-inevitable meeting (early September?), with elections for various “special responsibility allowance” positions (+£s).

To this end, he now attempts to bolster his situation.

Recently he tweeted that his Cabinet cancelled the (misguided) HDV and that is baldly true. Lest the assertion misleads as to Cllr Ejiofor's role however, it needs to be put into a wider perspective:

On page two of the report of the Future of Housing Review group, Joseph Ejiofor is listed as a Member. It was this 18-page report to the Cabinet that prepared the ground for the HDV. The Report is dated September 2015 (attached). Note their Recommendation #2:—

To deliver improvements to homes on major estates, the Review Group recommends that a development company is likely to be the most appropriate option. A proposal should be brought forward for a development vehicle, either Council owned or a joint venture. Given the importance of improving major estates, we recommend that a proposal is brought forward swiftly for consideration.

Joseph Ejiofor was there at the start and he helped to get the HDV ball rolling.

There followed an officer's report (also attached), where at 7.14, Option 4 is, The Council establishes a Development Vehicle. The date is 4 September, 2015. There appears to have been no evidence of dissension from Cllr Ejiofor. I would be happy to correct this if evidence can be provided.

The Haringey Development Vehicle (q.v.) was not visited on the council by external forces, such as the government. The HDV appeared in no Manifesto, but was incubated by the Ruling Group between 2014 to 2017. At all times when Cllr Ejiofor was Council Deputy Leader, the HDV was promoted by his Council and Group.

Cllr Ejiofor was Deputy Leader of the Council that went to the High Court to defend the HDV against challenge.

There were were two particular opportunities to vote against the HDV in the crucial month of July 2017, when the winner of the beauty contest (Lendlease) would be agreed by Cabinet.

Following a "Call-In" by Members of both political Groups*, the second Cabinet meeting of July was held to consider the recommendations of the Council's (sadly, toothless) Scrutiny Committee to pause and to reflect. It was members of the public who played the crucial roles in defeating his Council's misconceived scheme. Gordon Peters’ action in the High Court was the sine quo non for ending the HDV. It was Phil Rose who led the effective StopHDV group that was pan-political and crossed the Borough. And many other members of the public such as Gail Waldman and Ruth Gordon.

Inside the Labour Group, it was former Cabinet Councillor Stuart McNamara was willing to risk his political career and played a powerful role.

It is hard to detect evidence of Cllr Ejiofor's contribution in opposing his council's project, let alone a consistent role. His role could be described as opportunist or at best, ambivalent. StopHDV once wrote that his role was patchy or spotty and that was being generous.

In May 2018—having artfully leapfrogged over the far more popular Leadership contender—the new leader had no option but to pull the plug on the HDV. It had been others who had done the heavy lifting. Cllr Ejiofor was placed in pole position and was able to switch off the HDV.

It may have cost c.£1,000,000 to avoid further legal action, but none of the waste of time and money would have been necessary if his Council had not pursued the disastrous policy in the first place. 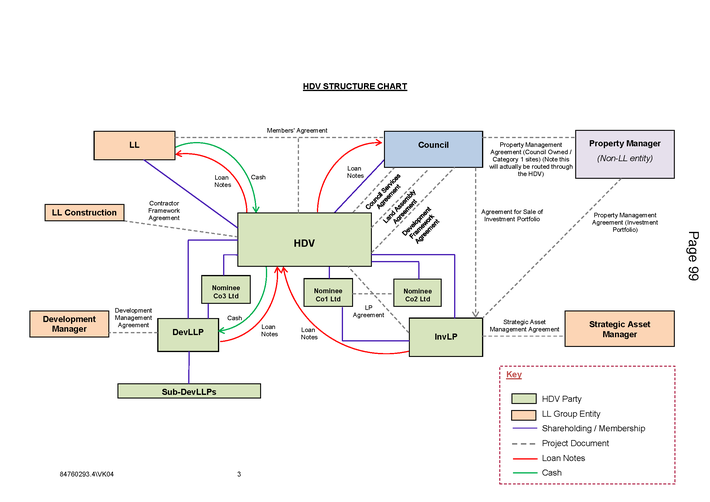