Can you spare a copper for a cuppa tea , guv?

Winter draws on and with it we seem to get another crop of shop/restaurant/cafe closures.

HOME (formerly Honeycomb) has gone. The blurry photo shows the foreclosure notice in the window. This was a local family run business, with a local tradition, they were also involved with Queen of Tarts it seems.

Pera has also closed down, but is rumoured soon to be opening again (under the same management?) as a combined coffee shop (!) and deli. Given the denial of their planning appeal both the extractor fan and the hideous black canopy must go. I imagine they will have to extend the lease beyond November 2021 in an attempt to recoup the outlay so far. Though there are dark mutterings about exactly how income is generated.

The Maynard is offering 30% off midweek evening meals, presumable in a bid to attract custom.

Lots of reasons are offered in explanation of this decline in the High Street. I won't bore you with them again, but offer an observation.

We went into CaffeiN8 on Crouch Hill this afternoon (I'd just walked up to the Floral Hall, to check for myself the closing down notice there) and the gentleman, not only gentle but also very polite, apologised that there were not many tables to choose from. Indeed there was only one. Looking around I could see the others were full of laptops and phone checkers.

At the table next to ours was a young woman. I almost took a picture of her. I'd quite like to be able to name and slightly embarrass her. There was no cup or plate on her table. She was wearing earphones, plugged into her mobile phone. Perhaps she couldn't hear the conversation about how little space was left for other customers.She blithely continued to swap between her phone and her kindle all the time we were sitting there never looking up to take note of her surroundings. I think this is quite common behaviour in coffee shops. As an additional act of non-patronage she had her feet up on the upholstered banquette in the window, and was occupying perhaps four seats.

On leaving I spoke to the proprietor. Clearly he was far too polite, he would not even approach her to ask "can I get you another drink?". He also refused the suggestion of putting up a notice stating a time limit for occupation of a table.

I was tempted as I left to put a couple of pounds on her table with the offer "If you can't afford a cup of tea, luv, have one on me" 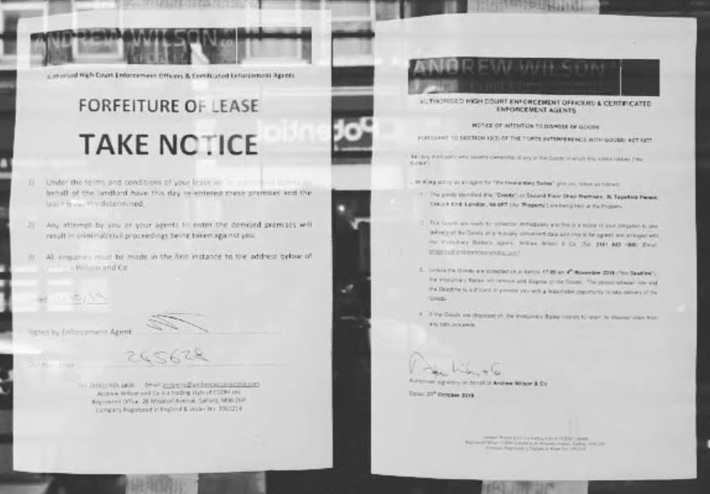 Not sure what sort of policy could be written into a neighbourhood plan to combat this problem, if indeed  I'm right, and it is a problem