Arthouse Deli - in what was Rickard's / Margaretta

According to an item in the Ham and High this week the Arthouse cinema is to have links with a new deli in Crouch End - I'm guessing it is the premises which until recently was split in half with a long standing Malaysian take away in one side, and is now being done up.

It's a fairly good article - the obvious factual inaccuracy is that it suggests the Arthouse will be Crouch End's first cinema - it will actually be the first sine the Picturehouse on  a nearby site closed down.

The suggestion is that the new deli will sell goods made in other Crouch End shops - Dunn's, Flourish, the hOneycomb, Riley's all get a mention, as does Tottenham's Urban Cheesemaker. 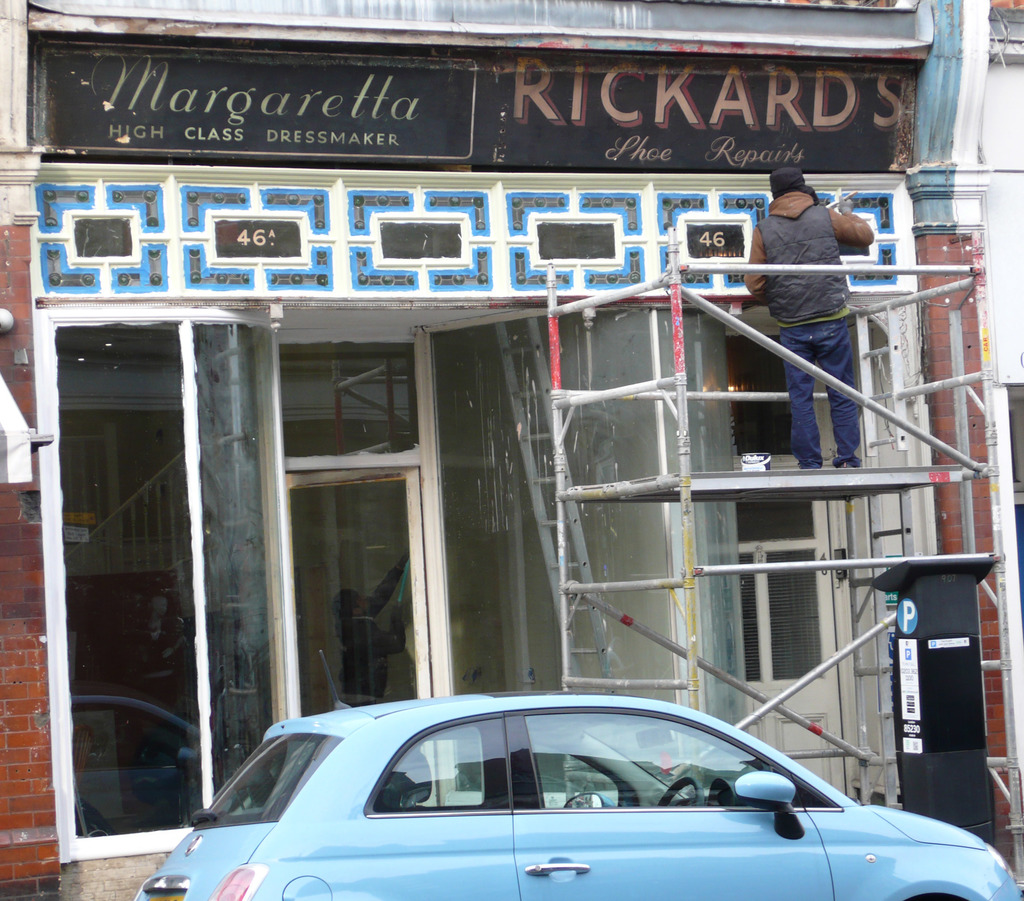 A quote from the latest ArtHouse newsletter

The beautiful ArtHouse Deli is nearly ready to open its doors. Next to Melange, opposite Coffee Cake, the building has attracted lots of interest and attention. We’ve managed to restore the original stained glass windows and signage, and the bowed windows to create a stunning shop front and interior. The idea of Crouchenders Jenny Hansford, Jo Fernandes, and Sam Neophytou is to source a selection of local fine cheeses, charcuterie and fresh seasonal produce, as well as British and continental ingredients, to stock up your cupboards and stimulate your tastebuds. We’re using artisan products from the area like traditional English ice cream from Rileys, cheese from Tottenham’s Urban Cheesemaker, bread and cakes from Flourish, Dunns and Honeycomb, and coffee from My Kind of Coffee. We’re also excited about working with local chefs who are preparing us delicious home-made products.
The deli puts us in an ideal position to use our high quality ingredients to create mouthwatering menus for the ArtHouse café, such as fresh fruit salads and juices, artisan sandwiches, savoury snacks, home-baked cakes, biscuits and warm cinnamon buns. The café will serve the cinema and theatre-goers, but we also want the cafe to be a welcoming and comfortable place for locals to enjoy a freshly prepared salad, a kid’s healthy lunchbox, or just a nice hot cup of tea.

A Crouch End deli set up by Crouch End residents to sell food from Crouch End producers that is already on sale elsewhere in Crouch End? This area is literally eating itself.

Permalink Reply by Beatlebrow on December 6, 2013 at 21:12
Sounds fab, CE is long overdue a proper deli!

Fingers crossed it will open this side of Christmas???