The grim prospect of secure anti-suicide measures at Archway Bridge draws nearer. Obviously people will feel strongly about this, and I know people who have been affected by tragedies at the Bridge...  but the proposed fencing is pretty unpleasant. Prison-camp comparisons abound. Surely they could've come up with a better design?

The Highgate Society are calling for refusal. 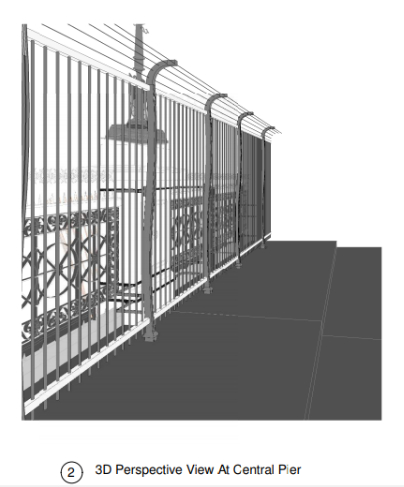 THANKS for posting Mark.

Unfortunately, this does look like a prison camp perimeter fence.

Proposals for reducing the (relatively small) number of suicides from Archway Bridge have been dragging on for some eight years, as Councillor Bob Hare could attest. They have often foundered due to the crude ugly aesthetics and lack of engagement with local councillors and local amenity groups.

The cooks in this broth include TfL, English Heritage and two councils, as Archway bridge forms the border between Haringey and Islington. I understand the former is responsible for the carriageway and the latter for the bridge structure.

When there is either the prospect of—or an actual—suicide, the A1 is closed.

Engineers are amongst the creative people on earth, but here, imagination is wanting

There is no easy answer to this. Anything that is effective as a barrier is likely to harm the appearance of the Listed structure, while anything that doesn't harm the aesthetics is unlikely to be an effective deterrent.

While this matter continues to drag on, the authorities could implement some much less expensive methods to encourage would-be suicides to seek help, as the current facilities are inadequate.

I note that the Highgate Society have given up in despair at Haringey or Islington ever delivering something that actually befits a listed structure, and have now commissioned their own designs. Much better they are too. 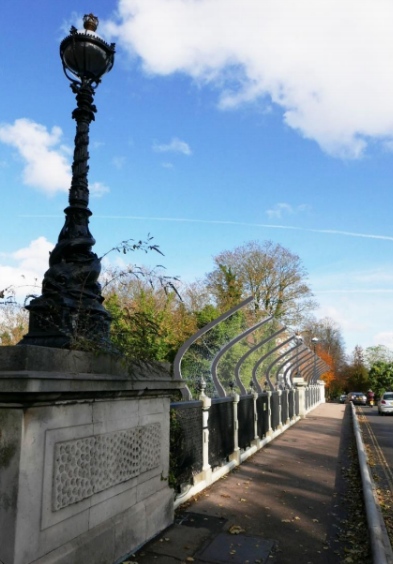 Thanks for posting Mark.

The authorities have behaved poorly over this long-running saga. It has dragged on for approximately two decades, partly due to poor communication.

One of the failures of council staff has been a lack of willingness to engage with local councillors in an early enough or earnest fashion. I expect the Highgate Soc. might take a similar view.

Some engineers are amongst the most creative and imaginative folk in the world, but some of the "designs" some contractors have come up with have been crude, unthinking and insensitive.

I expect the Highgate Society will do better and in shorter time.

I hope it's not too late.