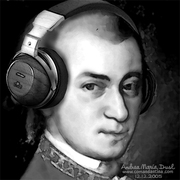 Join us as we rehearse music for our next concert of Mozart’s Requiem and Solemn Vespers. Open to all.
If you love singing and would like to spend an evening immersed in two fantastic pieces of music, come along.
For further details contact Liz Lawlor: newmembers@cefc.org.uk
Find out about the choir here: www.cefc.org.uk
Concerts in 2011-12: