RAF Tucano prepares for historic flypast across the south-east

A RAF Tucano will make a historic flypast on Wednesday May 2nd 2012 as it displays for the first time in a new colour scheme to mark the Queen’s Diamond Jubilee. 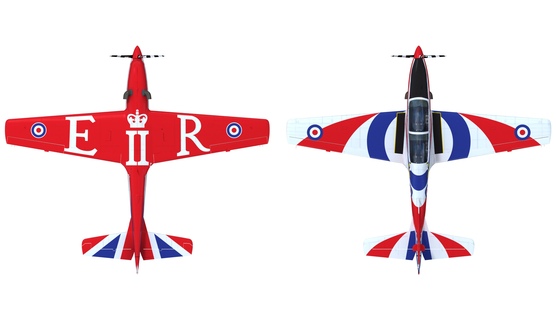 The aircraft, used by the RAF for training, will perform its first official display over Loseley Park, Surrey in
preparation for one of the few RAF themed jubilee events - RAF Musical Salute to the Queen’s Diamond
Jubilee on June 23rd - featuring the chart-topping Military Wives Choir.

Residents across Surrey, Hampshire and London are encouraged to look out for the Tucano which is a
key feature of the Diamond Jubilee celebrations.

Using the colours of the Union Jack, the scheme was designed to be eye catching against all backgrounds
and typically patriotic.

RSVP for RAF Tucano will make a historic flypast on Wednesday May 2nd 2012 to add comments!