On the weekend of the 25/26th August I went to Delft for the World Icosathlon Championships. Lots of reasons for doing this - on 24th August I was the world champion and world record holder, but the chances were that by 27th I would no longer be either.  One reason for going was to wave goodbye to my titles in person. And as a tick on my bucket list, we travelled by motor bike, so continental motorcycling tour is now complete, and something we might well do again (we = me and Dulce - I couldn't hope for better support). if you want the details of each event they are in this spreadsheet. The list of events is pasted in below. My total was 11,112 which is just a bit shy of my old world record, but averages out 550 points per event which I'm happy with. As an example the 10,000m (last event on the second day) in just under an hour scored me 503 points. In total the running events add up to nearly 30,000m or about 3/4 of a marathon.

To say the new world record eclipsed my old one would be an understatement - Wim Threels scored 14,386 points which is utterly phenomenal.

I did wonder if it might be unwise to attempt a decathlon less than two weeks after a double decathlon, but I'd booked accommodation and flights for Malaga months in advance so off we toddled to the World Masters. Clearly the Delft warm up was good for me, I have never before had 5 consecutive satisfactory performances in a decathlon, but day 1 went well and I was in second place at the end of it. Day 2 is much more technical and a struggle for me, and sure enough, first thing, the hurdles went wrong. Still and all, I got it back together and managed to post a total of over 6,000 points for the first time. The full details are available here

So, as things now stand, I'm runner up to the world champion in the M65 category for the 20 event icosathlon, and 5th in the world at the decathlon world championships supervised by the WMA.

The collage shows clockwise from top right me thanking the crowd in Malaga for their support, me relaxing through the Delft 10,000m, in the Eurotunnel and Malaga's main attraction, seafood. 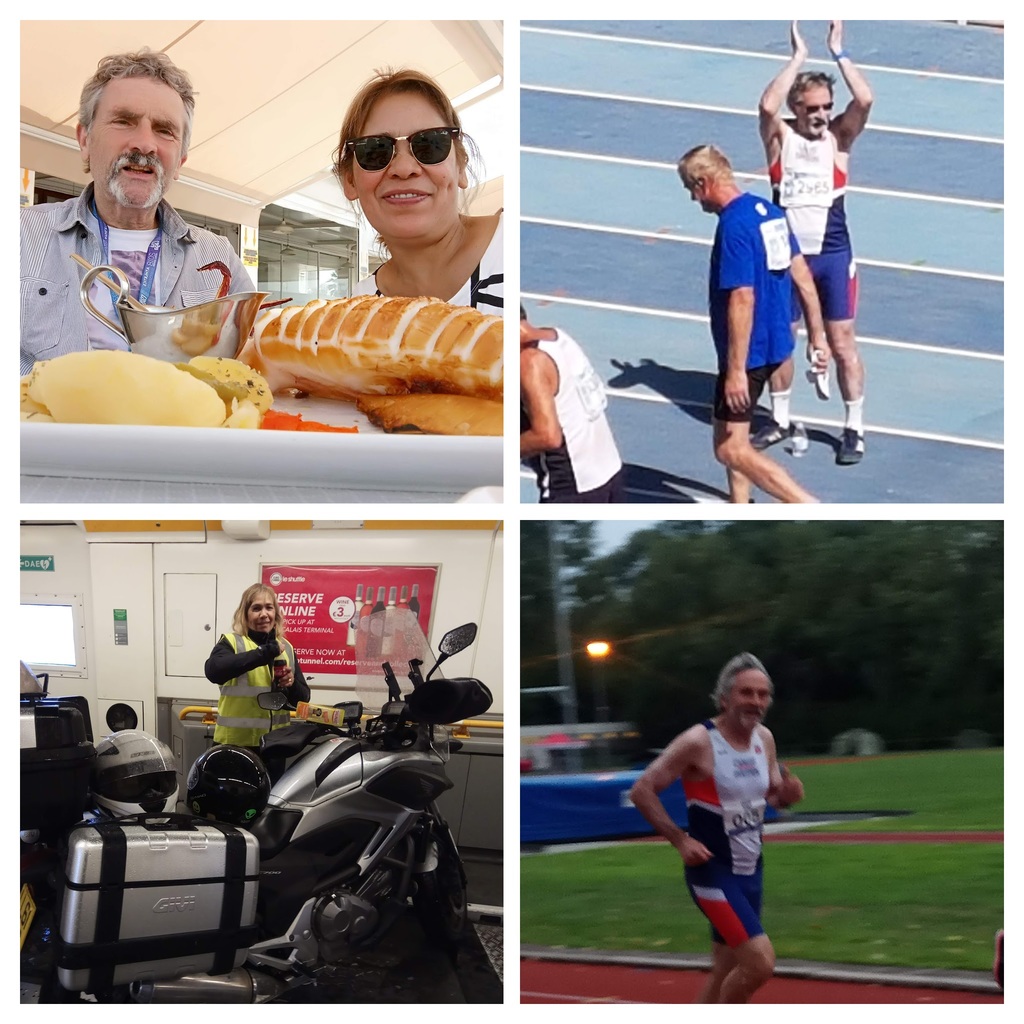 Out of interest I ran a comparison of my (age-weighted) scores for the 16 identical events with the (not age weighted ) scores of the club's men's B team at their last match of the season. I scored c9,000 points, they scored c7,000 points.