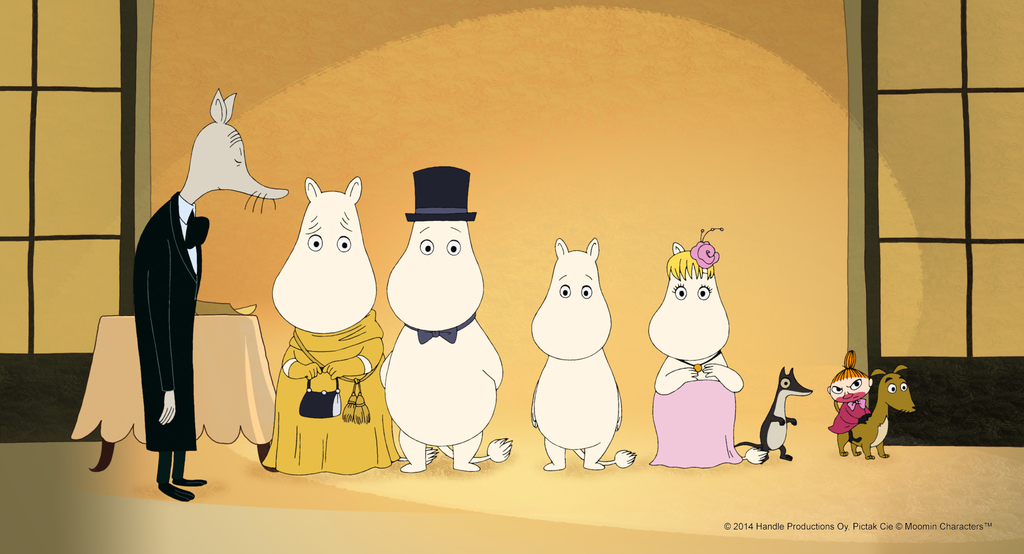 I was lucky enough to be invited to the press screening and interview sessions with the team of the new Moomins on the Riviera film yesterday. This is one of the bonuses of being Head of Finn-Guild, the Finnish-British society, and editor of our quarterly magazine. As a blogger, I have been invited to press screenings before, but this was particularly special for me because the Producer of this film is an 'old' school and university friend, Hanna Hemilä. Plus the film, which is a French/Finnish collaboration, features my favourite Finnish comic strip cartoons, the Moomintrolls.

Inspired by her own visit to the Riviera with her mother, Jansson created Moomins on the Riviera, a charming tale which addresses universal aspects of life such as finding joy in small things, the value of cross-cultural understanding and the power of optimism. This new hand-drawn feature animation  is the first time there has been an audio visual adaptation of Jansson’s original comic strip.

There have been surprisingly few full-length films featuring the Moomins, something I quizzed Sophia Jansson, the artistic Director of Moomin Characters Ltd, and niece of the creator of these popular creatures, about.

'I'm surprised about this myself,' she said. 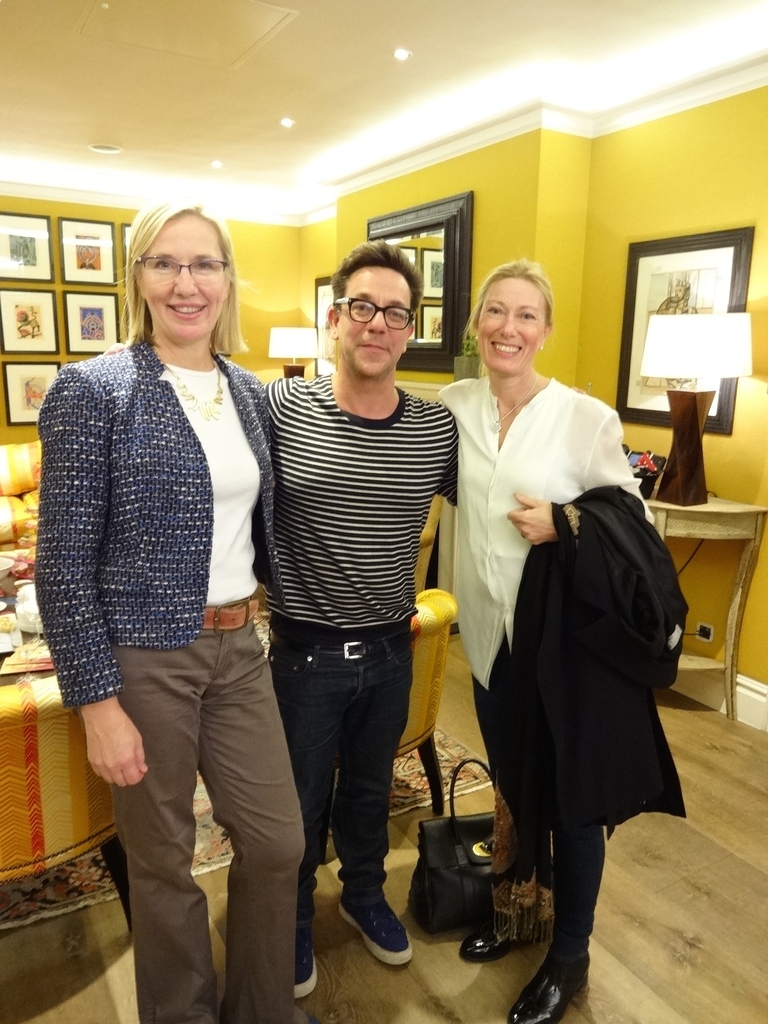 Sophia told me she'd simply not had many pitches where a film maker wanted to use the hand-drawn comic strips. She mentioned this fact to our mutual friend, Hanna Hemilä, a few years ago. 'But I'm a film producer,' said Hanna, and promptly contacted Xavier Picard, and together the two made a proposal which Sophia gladly accepted. As those of you who've ever been involved in film making know, it's a process which takes years, and there are many hurdles to be jumped. Sophia said Hanna warned her that the project would take some time, so she was prepared for the four-year time span, during which she was involved at every stage of the production, ensuring that Tove Jansson's original work was sympathetically represented. The French Director Xavier Picard told me that he had himself been introduced to Moomins many years ago, when working in Tokyo. He said the Moomin comic strips have never really been widely known in France in a way they have in Japan, or here in the UK. Since then, Xavier said he'd grown fond of both the artwork and the ethos of the Moominpappa, 'To live in peace, grow potatoes and dream,' and that a major reason why he wanted to do the film was to get people in France to learn to love Moomins as much as he does.

In the UK the  comic strips were first published by The London Evening News as early as 1954.  At the time, the Moomin characters were all over London, and advertised on the side of the double decker buses. So, it's quite fitting that the International Premier for the newest Moomin film should take place in London today.

When I asked Hanna about her biggest challenges in producing a Moomin film, she told me it was at first difficult to convince the movie people that a new cartoon strip film should be in 2D, and not in 3D. 'Tove Jansson's hand-drawn drawings would not work in 3D,' she said. Secondly it was difficult to explain that the Moomin characters have universal appeal; that the stories have sadness and humour, which works both on adult and children's level.

Here's  the short synopsis of the film:

The Moomins, Snorkmaiden and Little My, in search of adventures of their own, set sail for the glamorous Riviera. They arrive after a journey fraught with menacing storms and desert island dangers, Moominpappa (Nathaniel Parker) befriends an aristocrat and adopts a new name ‘de Moomin’, Snorkmaiden (Stephanie Winiecki) is dazzled by the attentions of a playboy, and Moomin (Russell Tovey) is torn between the simple life he feels comfortable with, and the luxurious movie star lifestyle that his beloved Snorkmaiden yearns to have. An exasperated Moominmamma (Tracy Ann Oberman) retires to the relative calm of their trusty old boat to wait for her family to come to their senses. For the very first time, the unity of the Moomins is threatened.

I thoroughly enjoyed the film, and particularly a little side story about a dog, who to his shame only likes cats. Moominmamma is at hand to solve the dog's problem by convincing another dog to be painted with stripes and so disguised as a cat. 'Is the paint water proof?' asks the ever street-wise Little My. And as predicted both dogs happily play together until the cat/dog goes for a swim...

Do go and see this wonderful film - apart from the humour and loveliness of the script, the Moomins on the Riviera is beautifully produced in a wonderful pastel colour palette, which leaves you feeling sunny and happy. Just as if you too had had a little trip to the Riviera.

Below is a clip from the film, where Moominpappa is chatting about 'de Moomins' with his new friend Marquis Mongaga.