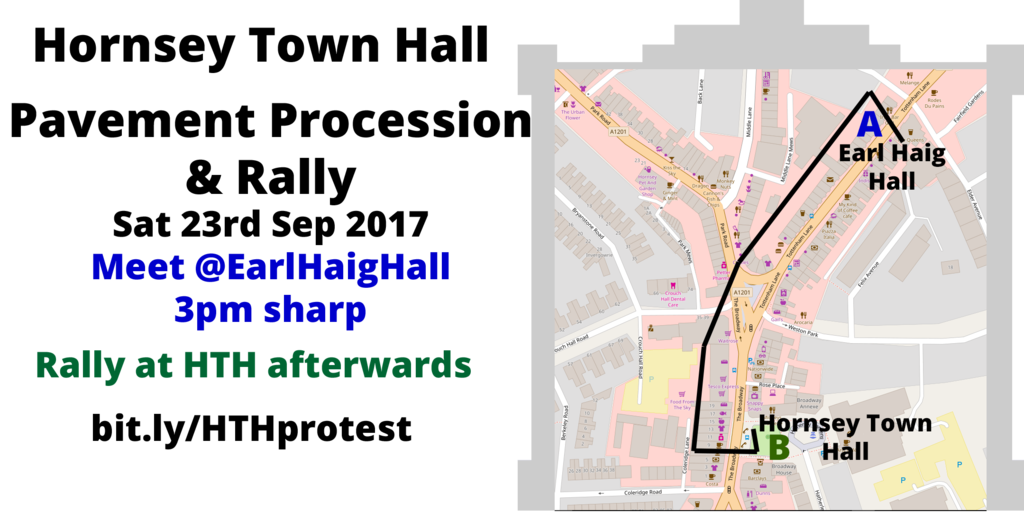 The Hornsey Town Hall Facebook Group invite you to a pavement procession along the Broadway.

Plan is to meet at Earl Haig Hall and then proceed in a gentle manner to a meeting in the Council Chamber inside Hornsey Town Hall. At the meeting, learn how best to object to the planning application that sells off Hornsey…