XERXES ... Upstairs at the Gatehouse

Staging a three hundred year old, rarely-performed baroque opera would be a challenge even for our more established and better resourced opera companies. Doing so above a pub in North London and on a shoestring budget would seem a bonkers enterprise.

But that is exactly what Hampstead Garden Opera have done and I recommend a visit to the Gatehouse to experience one of the most charming and entertaining productions you are likely to see all year.

With alternating companies of eight, director Andrew Davidson has effectively been preparing two shows simultaneously and, if Saturday night was anything to go by, he’s pulled it off.

This was a cracking evening with Handel’s wonderful music played by the seven piece Musica Poetica London (conducted with a fluidity and lightness of touch by the ridiculously young Jonathon Heyward) some playing period instruments.

I will not attempt to describe the plot other than to say it was about love, mistaken identities, a king infatuated with a tree and a bloody big bridge. Its complexity made some of Shakespeare’s scribbles look like episodes of the Teletubbies.

The cast were accomplished, all offering excellent voices and confident interpretations of their roles. Madeleine Holmes was powerful as Romilda and even got to get herself to a nunnery! Paul Bork’s extraordinary falsetto as Xerxes somehow worked and James Schouten (Elviro) clearly has a future either in stand up comedy or on the operatic stage or possibly as a cross dressing flower seller. 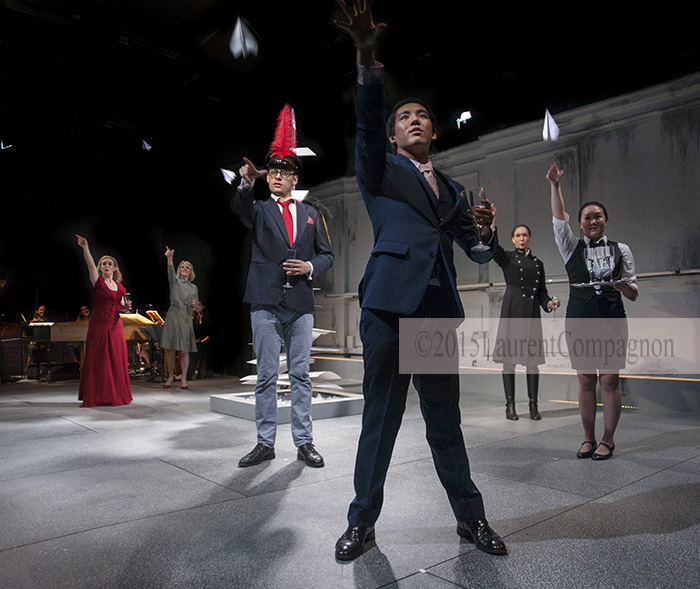 Mention must also be made of The Man in Black wearing Ray Bans and an ear piece. Other than moving the tree round and looking sinister, I have no idea what his role was but he doesn’t look like the sort of cove who welcomes criticism. He was wonderful.

The intimacy of the gatehouse really worked. No one was more that fifteen feet from the performance area with the band was cheek by jowl, leading to a wonderfully clear and immediate acoustic. All this conspired to produce a relaxed and hugely enjoyable evening.

A piece from its time, Handel clearly felt that you could never repeat a good line too often and the repetitions significantly contributed to the three hour running time.

If you have never been to an opera now's your chance: hop on a W5 and trot up Highgate Hill to the Gatehouse. The evening was great fun and the production runs to 3 May.