Green Flag awards are given to parks and other open spaces which meet certain criteria, under eight major headings.

Haringey used to be very proud of Haringey parks with Green Flag status and still lists Finsbury Park as a green flag park, even though for the moment the flag is not flying.

It has to be acknowledged that with the changes to the way local authorities are funded the London Borough of Haringey is generally strapped for cash, but we also know that Finsbury Park is a rich source of income, which must be spent in the park. So lack of cash should not be the reason for the [temporary?] removal of the Park's green flag.

What we also know is that

This picture of an empty flag pole is taken from the Martin Ball's twitter stream. This one is in Downhills Park (I think) which has also had its green flag struck. 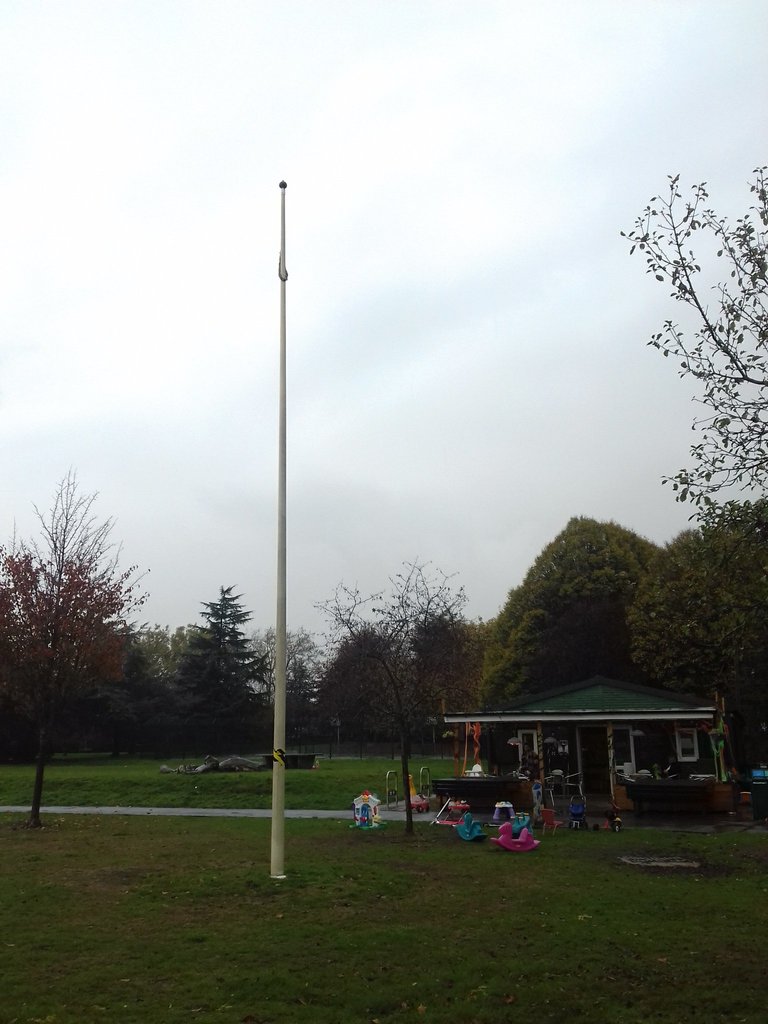 I worry most about a particular section of the "public".

Years ago our friends' son - now in his twenties - came home from primary school and told his parents how the answer to one of the SATS questions "happened" to be in a poster on the wall. And how a teacher read out questions with an emphasis on the correct answer.

What was that school teaching?
That adults in a position of responsibility who expected to be listened to and respected, thought it was fine to cheat at tests.