A new play opened last night at Finsbury Park’s Park Theatre. In the Park 90 to be accurate – the smaller of the two theatres that are crammed into this amazing building.

Warde street is the story of Eddie, whose wife was killed in the 7/7 London bombings and his inability to achieve any normality or forgiveness in the years that follow. It is also an intense study of the terrible consequences on a string of innocent characters.

It is also a play of two halves. I hope playwright Damien Tracey doesn’t take this amiss but his writing skills rather eclipse his acting ones. He was brought in as a last minute replacement for the actor scheduled to pay slimy and self serving politician David. 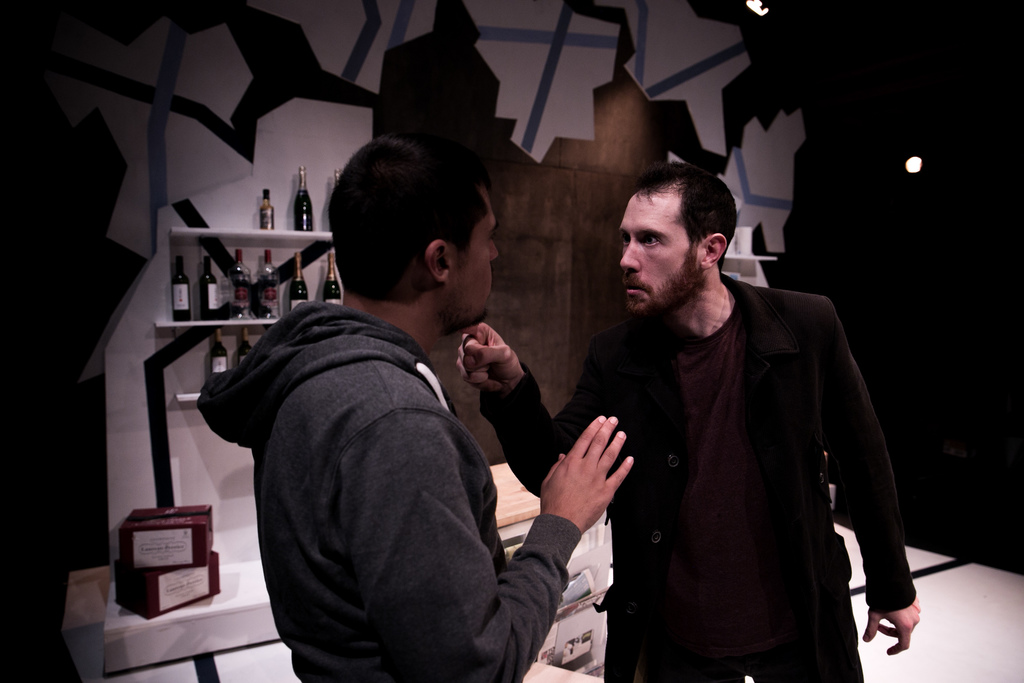 The scenes before the interval, deeply funny in places, leave the audience nodding knowledgeably as he tries to distance himself from anything “Islam” that might damage his career – despite having a British Asian partner - played by the terrific Avita Jay.

The second half is one of the most amazing hours I’ve spent in a theatre. Set in a corner shop in Manchester is slowly builds from a drunken knockabout to a violent and genuinely terrifying theatrical experience.

I won’t spoil what happens but Omar Ibrahim, Shane Noone and Maya Saroya build an atmosphere of tension and threat that left me on edge and exhausted.

If you haven’t yet been to the Park, this is a good opportunity. This is not cuddly, luvvie theatre: it is challenging and unsettling but also rewarding.