A neighbour has pointed out to me that foxes are much less noticeable in the area. I have not seen one this year, and nor had she.

Are there actually fewer foxes around? Is it just coincidence we've not seen any? Has there been a cull? Have all the foxes moved to a better area?

If there are fewer foxes does this mean I'll soon be finding even more rat droppings under my garden deck? 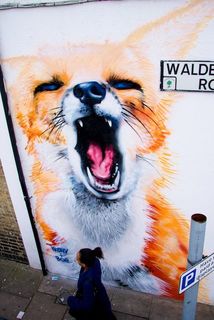 We see them every night when walking our pooches. There is a set in Priory Park, and they roam freely around Middle Lane and up to Rokesley School. I often see one running inside Rokesley. So maybe they have moved down the hill and left the Parkland Walk area.

Last year we noted two foxes killed in traffic accidents in the Middle Lane area, and we did think this might reduce numbers, together with the harsh winter. However in February we were awakened by a pair in flagrante outside our front door. This is a process that takes 30 minutes and is quite noisy during that period. Our guess is that this pair are now well established as we have seen 3 cubs playing in the park at night. Probably the cubs will start migrating around autumn, and may well head back up the hill.

I do think of them as a mixed benefit. I think you are right that they are an effective antidote to rats, and that is probably a good thing. I saw a van from a company call 'Fox-a-gon' in Weston Park so clearly someone there sees them as less of a benefit!

I'm in Fairfield Road, next across from Weston Park. Maybe fox-a-gon (Fox-a-gon is a humane deterrence service . . . . . . . ) has actually "deterred" foxes from this bit of N8

We had a young fox in the back garden yesterday afternoon, dispatching a big rat. I have never seen a fox deal with live prey before and the behaviour was interestingly similar to a cat with a mouse, tossing the rat in the air, batting it on the ground, leaving and returning to it. I suppose the fox has to make sure the rat is properly dead and won't lash out or bite back. Eventually the fox loped off, rat in mouth - it certainly enlivened a dull spot during the FA cup final.

Get some chickens like we did - they will soon flock to your garden in search of dinner..

I see them often in the Berkeley Rd/Crouch Hall Road area and I confess to being fed up with the way they foul my garden. I've now installed an electronic deterrent which is very effective. Best £20 I've ever spent.

We've had a fox in our garden a few times this year. Seemed to be visiting especially when we had the late snow / freezing weather. I assumed it was scavenging further from the local parks due to the frozen conditions. (I'm in Nelson Road).

It came by the year before too, in slightly better weather. Pics below. 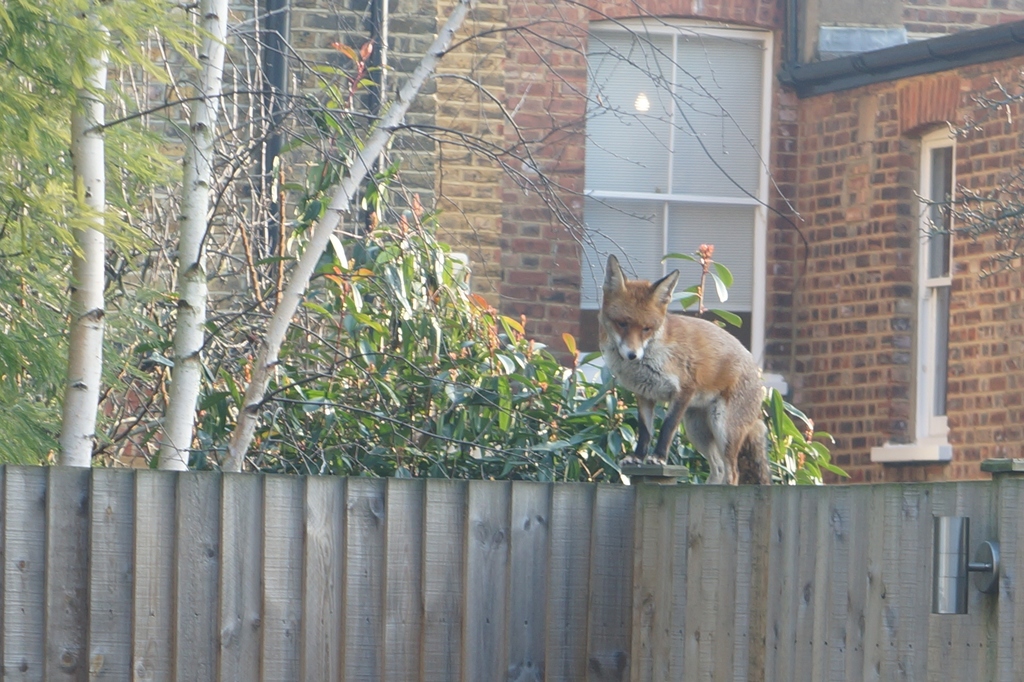 Just seen one IN the flat - eeek!

Permalink Reply by Adrian Essex on July 23, 2013 at 20:51
Eek indeed. The warm weather has either made the foxes much noisier lately, or having my windows open makes the easier to hear. Either way, they are no longer less noticeable.

Foxy Loxy came into the flat today, as bold as jam. What to do? There is no food left lying around that could attract them inside.

There's LOADS of foxes around this little feast: