#HDV | The rise and fall of the CCURV: Croydon’s experience of regeneration by a joint-venture co. 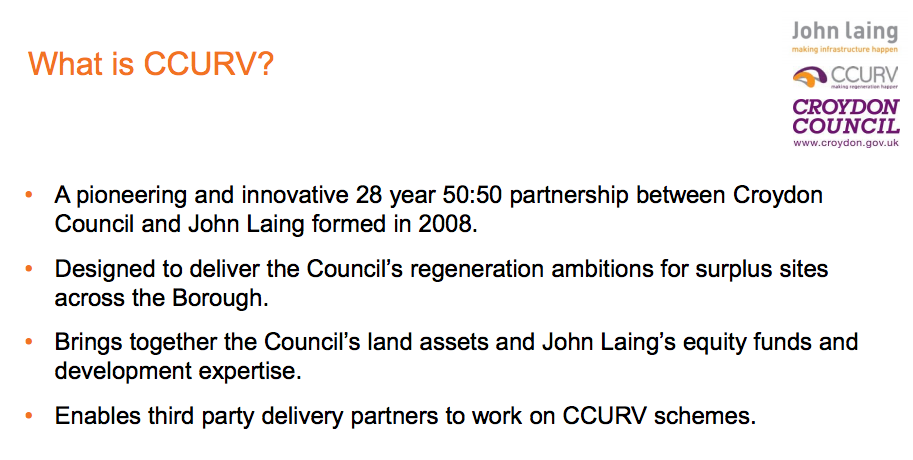 THOSE with an interest in urban regeneration – and in the experience that might inform the similar approach currently taken by the Haringey Council Cabinet – may wish to note the rise and fall of the Croydon example.

Early on, it was confidently described (above) as a pioneering and innovative 28 year 50:50 partnership.

2016 February – 'This is not a U-turn': Croydon council set to re-open Lion Green Road car park after Waitrose development falls through

2016 October 17 – [PDF] Date of appointment of a voluntary liquidator HERE are some further links gathered, about Croydon Council's experience with its CCURV:

LAST week's Cabinet meeting gave a go ahead for detailed negotiations with the Council's preferred bidder.

The Cabinet member for Housing, Regeneration and Planning had asserted that Haringey's Council Leader had telephoned Croydon Council—it was either the CEO or their Leader—about their failed CCURV and Haringey's proposed HDV.

He said that she had been reassured that the two schemes—the CCURV and the HDV—were completely different, so there's no cause for alarm. So that's alright then.

I'm not sure how much of this I find plausible.