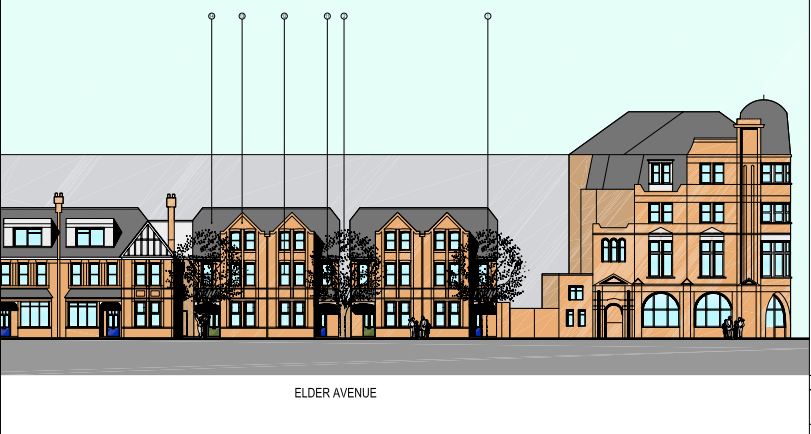 Some extracts from the applicant's document planning statement 25.9.12.pdf.

3.1 "  . . . the community centre element is not sufficiently to warrant the application of policy CW2"

3.1 The property has been marketed and this led to no interest

The marketing details referred to are the Strettons original marketing which was dilatory and did not result in a sale. To say that there was no interest is not quite true. A number of suggestions were made on Twitter and the idea of public ownership floated at an early stage. Such suggestions led to a viable coalition arising between a local Jewish group and the YMCA, which helps in part to explain the vigorous bidding at the eventual auction of the property..

Here's agovernment thing a ma jig designed to enable communities to take actual possession of local assets. Perhaps this scheme might make my shared ownership idea a runner though perhaps not as a brewery

I object to the application on the following grounds:-

Use of the building

3.9 of the Planning Statement states that the proposal will contribute positively in the economic context by:-

i) Regenerating a redundant site;

iv) Contributing to the local economy through construction.

3.9, 3.10 and 3.11 of the Planning Statement refer to the social benefits of providing housing on the site and the various planning policies that support new housing. Whilst this may be true as a general principle, it does not override other relevant planning policies that clearly support the retention of a community building that makes a positive contribution to the Conservation Area and which has a commercially viable use as a continuing community facility. In any event, the applicant's argument is weakened in view of the fact that the proposal allows for just four luxury family homes, with no affordable housing contribution.

Taking into account all of the above points, as well as the council's own former Conservation Officer's clear statement that demolition runs contrary to relevant planning policy, his objection to demolition and his statement that a case should be made for change of use which has clearly not been established, the application should be refused.

SCHEDULE OF REASONS FOR REFUSAL FOR DECISION REFERENCE No. HGY/2012/1898

The application shown above has been refused for the following reasons:
1. The proposed development, due to its bulky, unbalanced and obtrusive roofscape, would be out of
keeping with neighbouring development and would therefore cause harm to the character of the Crouch
End Conservation Area and the setting of the adjacent Listed Building. This would be contrary to Policies
UD3 'General Principles', UD4 'Quality Design', CSV1 'Development in Conservation Areas' and CSV2
'Listed Buildings' of the Unitary Development Plan 2006.
2. The proposed development, in the absence of appropriate car parking scheme which meets Council
standards, is likely to exacerbate existing parking pressure within an area that has been identified as
suffering from high on-street parking pressure. This would be contrary to Policies UD3 'General Principles'
and M10 'Parking for Development' of the Unitary Development Plan 2006.