USING it's main output channels, the Council has promoted the Hornsey Town Hall (“HTH”) sale for many months. Local New-Labour Councillors at least endorsed this, if not actively pushed for the disposal.

At each step, its web-site, twitter account and magazine hail a new milestone on the way going forward to secure the vibrant exciting future and working together (and thanks to a robust procurement process – as with the attempted sale of Ally Pally in 2007).

2015  March 2 to March 27— 15 Tweets about inviting attendance
at an exhibition about HTH; first Tweet refers to
steps for "securing its future"

As may be seen, the promotion (propaganda?) of the disposal has been consistent and one-sided.

However, such was the concern about the sale of this major public asset, that it was called in by the Liberal Democrat Group and by a respectable sub-set of the Labour Group.

It went to the Council's own Scrutiny Committee … but the overweening Cabinet largely ignored Scrutiny's concerns. Crouch End Councillor Jason Arthur is a key member of Cabinet, holding the powerful Finance brief.

He has also written approvingly of the move to punish Labour Call-In critics of the HDV, seven of whom had also been good enough to help Call-In the earlier HTH Cabinet Decision too.

It is his Cabinet colleague Alan Strickland whose letter appears in the Ham & High (3rd in the above list). Cllr. Strickland is Cabinet Member for Housing and Regeneration and since March 2016, also responsible for Planning.

AS well as local government employees pushing the disposal on behalf of their masters, we have of course had the political masters personally promoting the deal.

As an aide memoire, a couple of video clips show Haringey Council Cabinet Councillors boosting the disposal decision at the October 2016 meeting:

Crouch End Cllr. Jason Arthur shares a few reflections. " … this proposal does deliver [on so many things]"

At about 2 minutes into the video Jason Arthur refers to the "council's commitment to finding a solution the community cares about". To judge by the 73 objections (so far) on this leg of the application, and the 159 on this leg, the community certainly does care about what is being proposed.

Joe Goldberg apparently lives in the west of the borough, and claims that the whole time he has lived there the square has been underused. This may well be true of the years that the council had it fenced off. It is no longer true on any sunny day when many sit on the grass. It is not true on the Saturdays and Sundays of the Crouch End Festival when crowds flock to the square, nor on the days of the Christmas shop-local market, when the square is packed.

Does this square look under used? 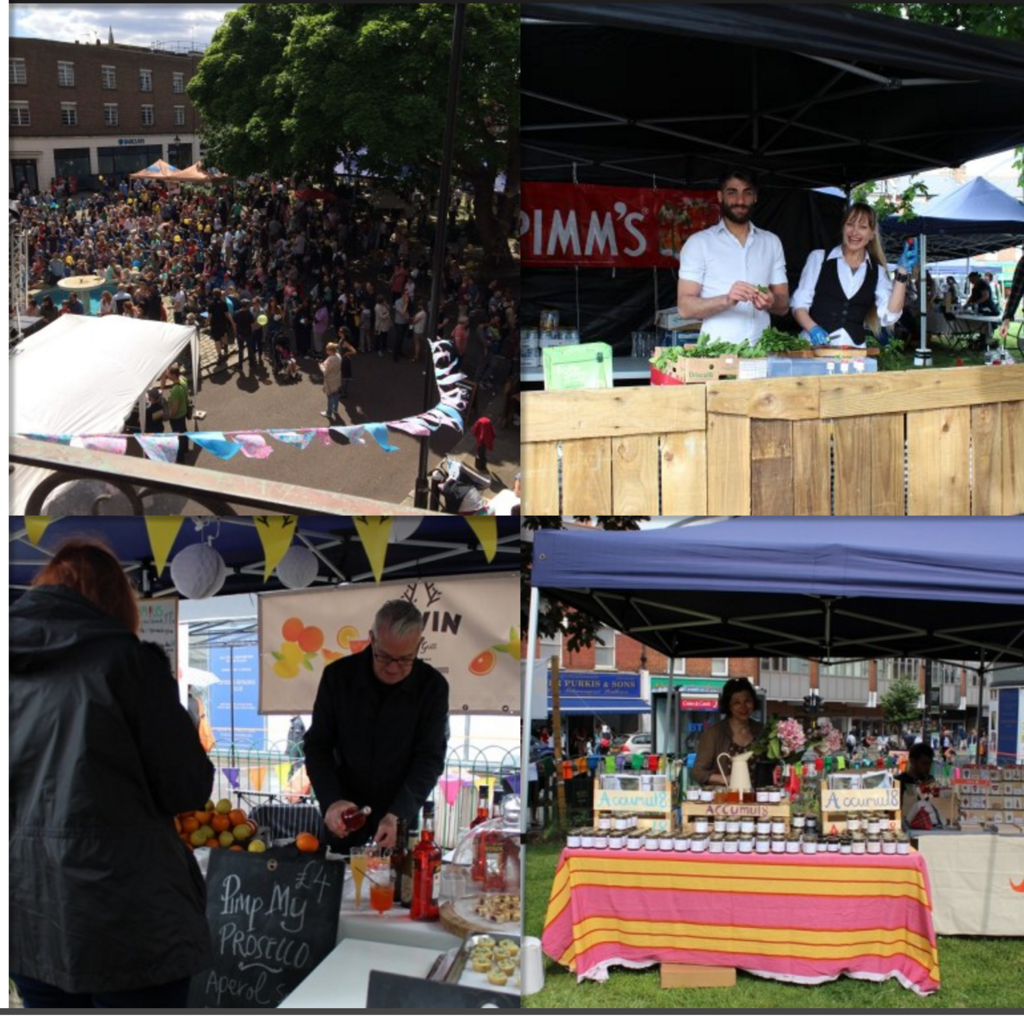 WHEN our Hornsey Town Hall came to Cabinet on 15 November last, over an 11-minute period, local Crouch End Cllr. Natan Doron loosed off no fewer than seven tweets in support of Cllr. Alan Strickland and the disposal.

Was the remarkable support collegiate and New-Labour comradely, or just fawning to a Cabinet Member?

Elsewhere, he described the benefits of the disposal as "massive".

The PR push is not unstoppable. The long delayed announcement of the "Arts Operator" was posted on Facebook by Jason Arthur.  Three of councillor Arthur's constituents managed to make replies to it before Cllr Arthur switched off commenting.

Obviously there's no point in these councillors reading comments.
One-way communication of the agreed message is the most efficient model.

Alan Strickland (Cllr for fine-dining) has received approval and endorsement from the Dear Leader and, naturally, from Cllrs Doron, Elliot and Arthur.
What could conceivably exist which in any way might add to this mutually fruitful conversation and democratic engagement?