Latest discussion on HoL at http://www.harringayonline.com/forum/topics/petition-changes-to-har...

Thanks, Hugh, for sharing this. I'll put it in a circular when I get back from hiliday and support it as much as I can.

It's a pretty good petition, (see below for the wording). It could improve, in that:

We the undersigned petition the council to suspend changes to waste services and urgently review, consult on and publish the potential impacts on the local environment and residents.

On 30th June 2017, the Council approved changes to Veolia's waste collection service, including:

These changes are intended to help the council save £20million across the borough. Whilst there is no doubt the council has significant budgetary pressures, these changes have been poorly thought through, rushed into implementation, and are likely to exacerbate entrenched environmental issues in the borough including fly-tipping and urban blight.

Haringey’s Corporate Plan 2015-2018 has five core priorities, one of which is to deliver “a clean well maintained and safe borough where people are proud to live and work”. The potential impacts of these changes are at odds with the Corporate Plan for the following reasons:

- Fly-tipping is likely to increase - some residents unwilling to sign up to the service may dump garden rubbish and bulky items on the street. Fly-tipping is already a substantial issue in the borough and the council/Veolia have a poor record in improving this.

- Most residents already have two bins which frequently block public footpaths. An increased number of bins will only increase this problem further. Again, this is at odds with Priority 3 objectives which “will make our streets, parks and estates clean”.

- Residents unwilling to sign up to the scheme but willing to take rubbish to a recycling centre will increase the number of car journeys through the borough. This is at odds with Priority 4, which includes an objective “to reduce emissions across the borough”.

- Charging for garden waste collection is not uncommon in London. However, other boroughs charge between £50 - £60 for the service. £75 is unjustified and offers residents poor value for money compared with other councils. Residents already pay the 8th highest council tax of 33 London boroughs (Band D), this might be yet further evidence of poor value for money being achieved by the Council.

- Although Veolia suggest that other options may be available than a 240litre bin for garden waste, a Veolia Outreach Officer must attend each property before smaller options will be considered. This is an absurd process given the size of the borough, will require a large team (inevitably funded by subscribers or by council tax payers through the existing contract) and may lead to more car journeys through the borough to service demand.

- If bins are lost (or stolen) there will be a £30 charge fee for a replacement. There are many reported incidents of bins going missing already and now there is a charge. this is likely to increase. Veolia will replace bins if damaged by operatives but this is open for debate and challenge, and in some instances operatives may not realise they have damaged a bin during a busy collection. Again, this is a poorly thought through approach by Haringey Council.

- Finally, there is no evidence of reduced/subsidised fees for those unable to meet the annual payment or pensioners included in the information published on Haringey Council and Veolia's websites.

These changes require an urgent review, consultation with residents and amendments before it is implemented. This review should focus on the environmental impact of the proposed changes, alignment with Haringey's Corporate Plan 2015-2018, lessons learned from schemes in other London boroughs including the relative cost savings, and the value for money it will deliver to council tax payers which is a key outcome in the plan. There also needs to be transparency as to how Veolia's existing contract has been amended to offer better value to the council and residents as a result of these changes. 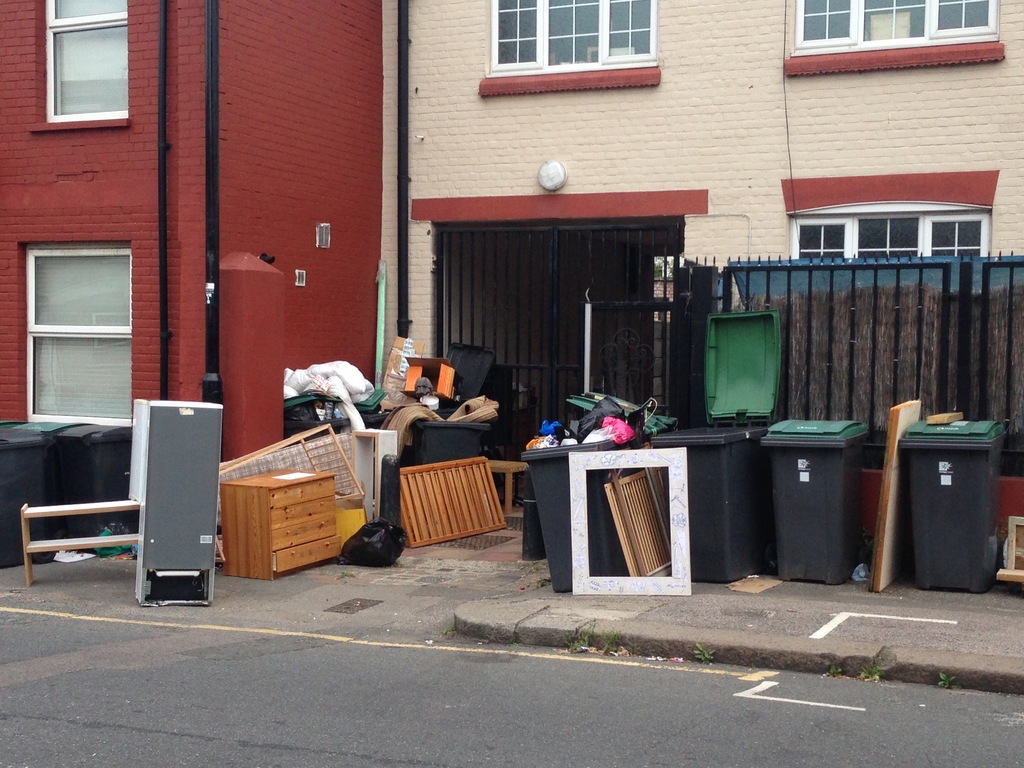 Do you have any idea who wrote the petition and who will end up with our contact details.

I've been hitting a brick wall with the Council operator.  They keep putting me through to Veolia because all they hear is "waste"!  I tried emphasising the data protection aspect and still I get put through to Veolia.  Veolia say contact the Council it's their petition.  It's not the Councils petition, they wouldn't petition against themselves they just allow petitions or the software for petitions as part of the democratic process.  Democratic box ticked.  However someone in the Council will be monitoring what petitions are kicked off and who started it.  Petitions elsewhere have the originators name or perhaps the group.   I just want to know who or what group put this petition together and whether they will end up with my contact details.

I've sent this email to petitions@haringey.gov.uk

Please can you tell me how to find out who initiated a Haringey e-petition? In particular the one on waste services which appears to be anonymous.
Please can you also tell me what happens to the details submitted when one signs an e-petition? Are they kept by Haringey? If so how is access to them controlled? Are they shared with the petition organiser?
Thanks
You could try that too. An anonymous petition is no use to anyone.

I have little faith in Haringey's email response still waiting for statistical information to an FOI made in 2015 in relation to local traffic plans.  The plans subsequently changed because they allegedly ran out of money.  Presumably they decided a response was not needed, so much for communication.  As to the garden waste collections and charging for bulky collections you do not need a crystal ball to see that dumping of furniture will increase and additional bins are not going to fit into a lot of properties. The result of more dumped items will be very costly to clear up and potentially hazardous. I don't understand why elected Councillors can not see the financial, public realm or health consequences.

Haringey are required by law to respond to any FOI request within 20 days. They may try to weasel out of a full response, so any request needs to be very carefully worded.

If they fail to respond, in the first instance I'd chase up the FOI team. You can also lodge a complaint with the Information Commissioner.

Thank you for your email. My response to your enquiries is as follows:

Our e-petitions are hosted on a portal developed by modern.gov. The details of signatories is held on the portal, and only officers with necessary access and passwords may view this information.

I note that you have submitted a request for an e-petition to change the process by which we administrate such e-petitions. We have made the decision to reject this e-petition on the grounds that this is not the correct route for you to raise this issue. It may be helpful for you to note that we would accept a petition that had been hosted on an alterative website, as long as the list of signatories could also be submitted (if necessary in printed form).

A Harringay resident, Peter S set up the petition using Haringey's e-peition service. You can read his mooting the idea here.You can contact him through HoL and ask for further info if you want to.

Only Haringey will have access to your details. As to how they handle that data, I assume it's governed by the data protection Act.

I see that Peter has responded to Adrian's posing your question as follows:

Hi Adrian - I initiated the petition and feel free to connect if there's anything I can help clarify. I don't have any access to names or contact details submitted via the website which I don't believe are any different from those requested in a paper based petition. I'm not representing anyone or any particular group - I wrote the petition because I'm fed up with the level of flytipping where I live and think this will only get worse as a result of the changes to service.

I think Lyn raises good points which I had not considered before, so I have raised a petition to change the e-petitions system. Should you care to you can read about what I now think are flaws in the Haringey e-petition service. To say almost nothing of the Cabinet's use of the whip to stifle all debate or the fact that a councillor can simply change sides without so much as a nod to the electorate.