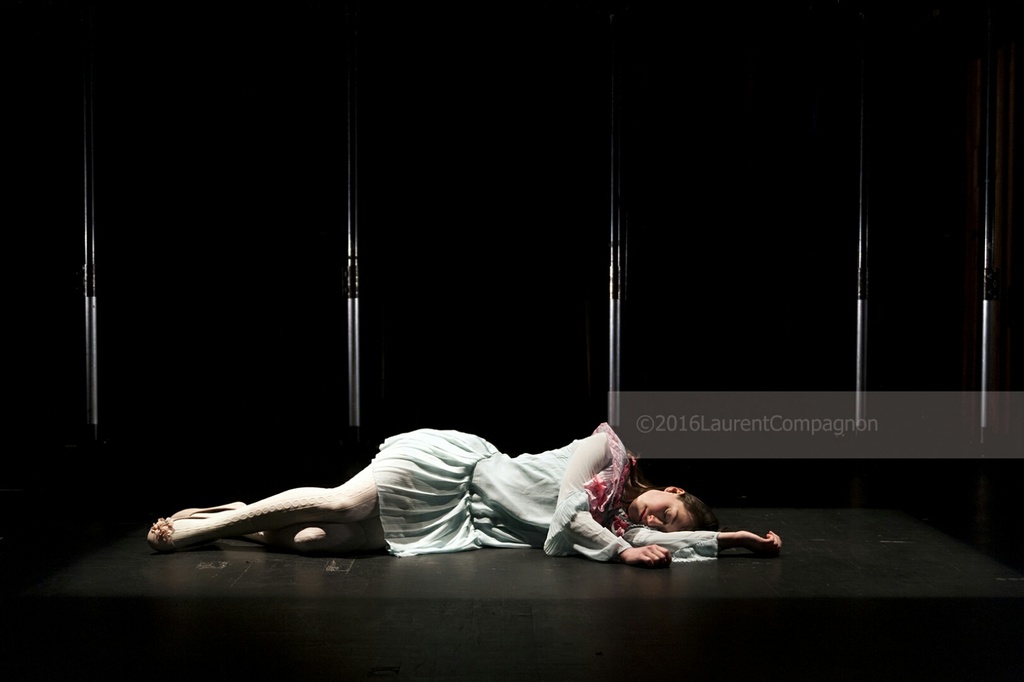 Every performance I've been to has been of a terrifically high standard and well worth the ticket price - this tale (Mozart's last) of a wandering knight and a birdcatcher who set off to rescue a princess will be no exception.

Beloved of generations of opera buffs and Oxfordshire CID officers, Mozart’s last opera is not only one of music’s greatest achievements but with its singspiel style, it is also wonderfully accessible.

At the centre of the Magic Flute, set in long ago in ancient Egypt but here transposed to “.. a sort of England”, is young Prince Tamino (the robustly bearded James Butler) who, fresh from killing a dragon, is persuaded by the wronged Queen of the Night to rescue her daughter princess Pamina (the heavenly Clare Treacey – listen out for her sublime Only Death Will Bring me Peace) from the clutches of the evil Sarastro.

As in all good tales, a quest and a series of initiation rites and trials follow.

This 1791 Enlightenment piece is an allegory of the struggle between reason and irrationality. Tamino is tempted by the powerful Sarastro (reason) while The Queen of the Night attempts to destroy the priest and lure the lovers under her spell and into the world of irrationality. All of this is infused with Masonic ritual and a golden thread of optimism that is vindicated in the glorious ending and “.. The circle of the Sun is shared with everyone.”

The synopsis in the programme is about twice as long as this review, so expect a lot more to the plot and characters as they develop through the 150 minutes running time.

Director Toria Banks has conjured up a very human interpretation (happily, performed in English) and inspired the HGO to deliver a lively, enthusiastic and supremely confident Flute.

The stage design is ingenious with different scenes indicated by a series of mobile doors in frames that open and close like an Advent calendar delivering treats. The costumes seem to be an at the end of the pier collision of Gilbert and Sullivan meets Alice in Wonderland with plenty of added grease paint – the Three (gaudy) Ladies were hilarious and stole the show. 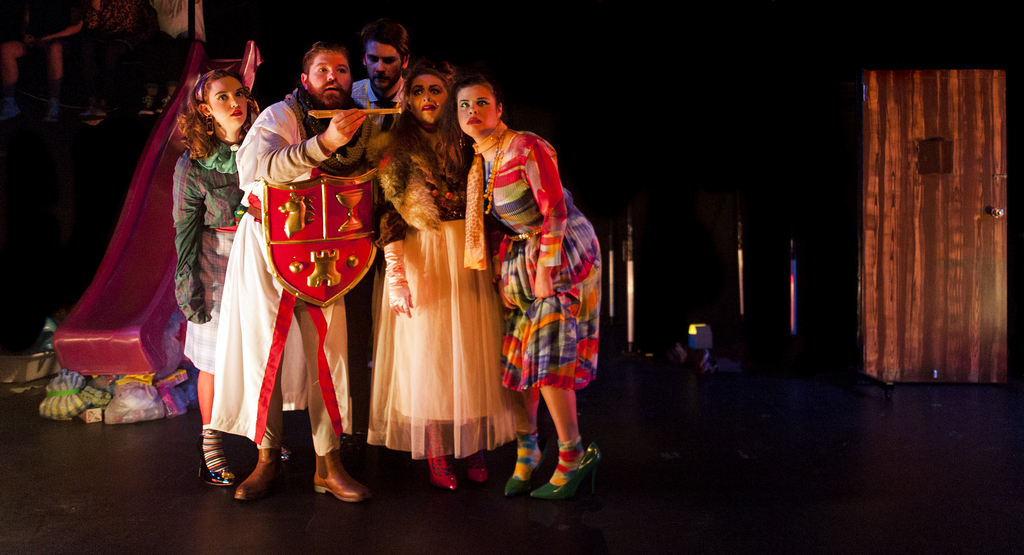 The love story of simple Bird-catcher Papageno (the towering, comic but cute Jolyon Loy, nominated for the Opinion8 best comic-acting-in-a-sack award) and Caroline Kennedy’s Papagena was wonderful – funny but tender. Ben Rowarth (looking rather like Ford Prefect) was deliciously mean and scheming as Sarastro.

The most well known arias go to The Queen of the Night and her final one (All My Love for You is Dead) was extraordinary. Emily Bradley’s voice was magnificent: the notes she reached and the passion she imbued resulted in spontaneous and prolonged applause. 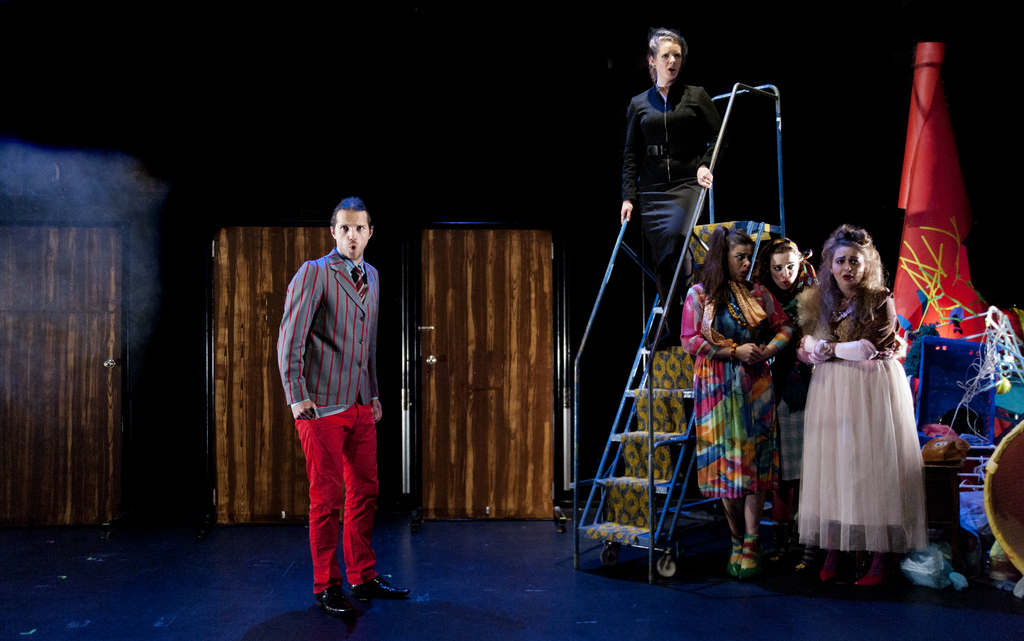 If there is one criticism, it is that perhaps the production places too much emphasis on the comedy but not always delivering chuckles but instead some awkward moments. This is manifest in the dressing-up box costumes and perhaps distracts from the momentous clash of ideas that the work deals with.

None of this made it anything less than a wonderful evening and much credit must go to all the cast and the chorus of HGO as well as the excellent in house HGO ensemble under the sensitive direction of Christopher Stark.