Kitchener House, which has entrances on both Hillfield and Lightfoot, has installed gates on the Lightfoot end and they are now locked. They claim that the land is private and that there is no public access across it to Hillfield.

The way through between the two roads has been used as a public footpath for over 20 years. In fact it was being used as such before Kitchener was redeveloped and before the second building in the ground was built. The continuous use of this path has created a right of way, which the owners of the land now wish to deny.

Some years ago the owners attempted to close off the gates and it was successfully opposed.

It is illegal to close off a path that has been created by public use over as long a period as this path has been used.

I would welcome any assistance or advice in fighting this closure.

The owners of the freehold of Kitchener House are Metropolitan Housing Trust Ltd.

Haringey is duty bound to maintain a register of public rights of way in the borough. Haringey has a web page dedicated to rights of way. On the map labelled 'centre' there is no footpath through the grounds of Kitchener House. 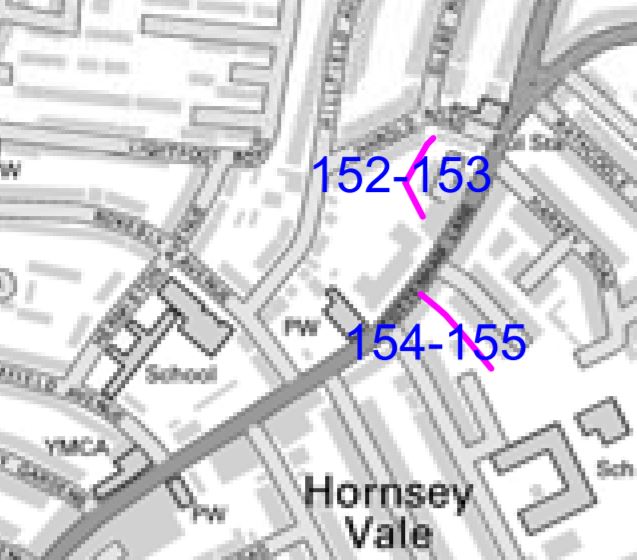 I don't know who ran the previous campaign to retain the footpath, but it looks as though an opportunity to get the path recorded was missed.

I cannot find where to look up the number associated with the violet lines.