The Council Camber was full on 20th January 2016 at a meeting organised by Crouch End and Hornsey labour councillors. The theme was the local crime wave which has made a minor furore on local facebook groups lately. Inspector Cox from Haringey police was able to put the record straight with some statistics. There is crime on Crouch End, and there have been a few more "two wheel vehicle assisted crimes" lately, but not a startling number. Nowhere near as many as you'd think from the social media chatter.

They will shortly be having meetings - follow these links to find out where: 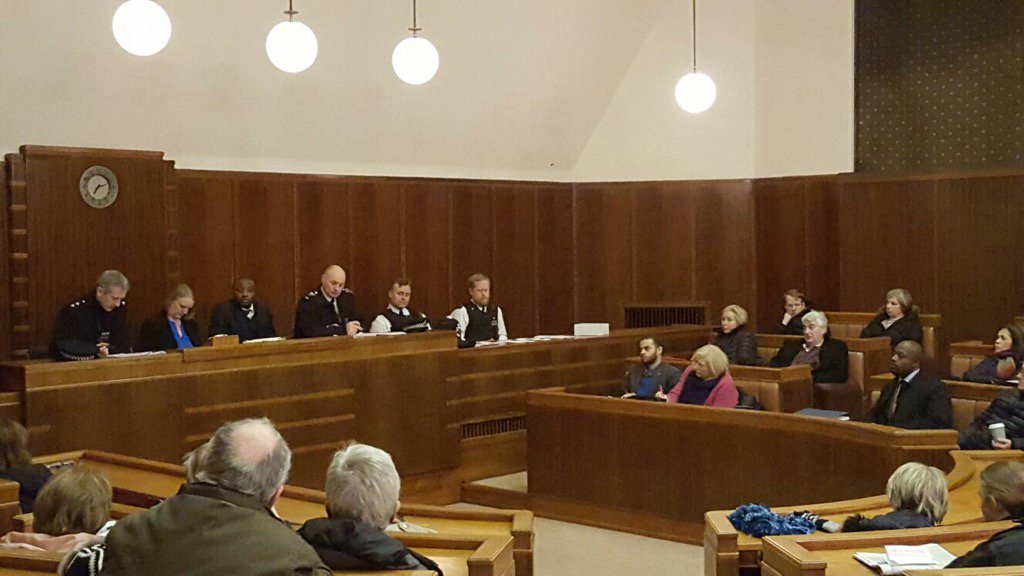