I'm quite cross about these roadworks , too @CrouchEndLD

I understand that if a water main bursts, then it may be necessary to dig up a roadway at some inconvenience to traffic; that if part of a town is cut off from electricity because an underground main has been damaged, then the same may be true; that if a sewer needs replacing or enlarging in order to stop our cellars filling up with shit, then the temporary traffic lights may be the smaller inconvenience.

But these works outside what used to be the Hornsey Journal building, are taking place purely in order to help enrich a speculative builder. This site is now known as The Printworks (just a glimpse of the website instantly convinces that it will be heaven on earth) where a 3 bedroom terraced house (well 2 and a half really) costs £1 million. If all goes according to plan the developer will make a substantial profit, probably falling just short of the level at which a contribution to social funds becomes due (I'm guessing about that, I suppose due diligence would demand that I check, but I'm not going to).

You can see that at 9:25 on Monday morning all the utility work appears complete. The manhole cover is is fitted as is what looks like an electrical connection box. The hole has been filled , only the top layer of paving slab or tarmac remains to be filled in.

But while we await this work the 91 bus stand is hors de combat, traffic queues at the three way temproary lights system, and pedestrians walk in the road.

I have no doubt that this project could have been better planned to cause much less disruption. 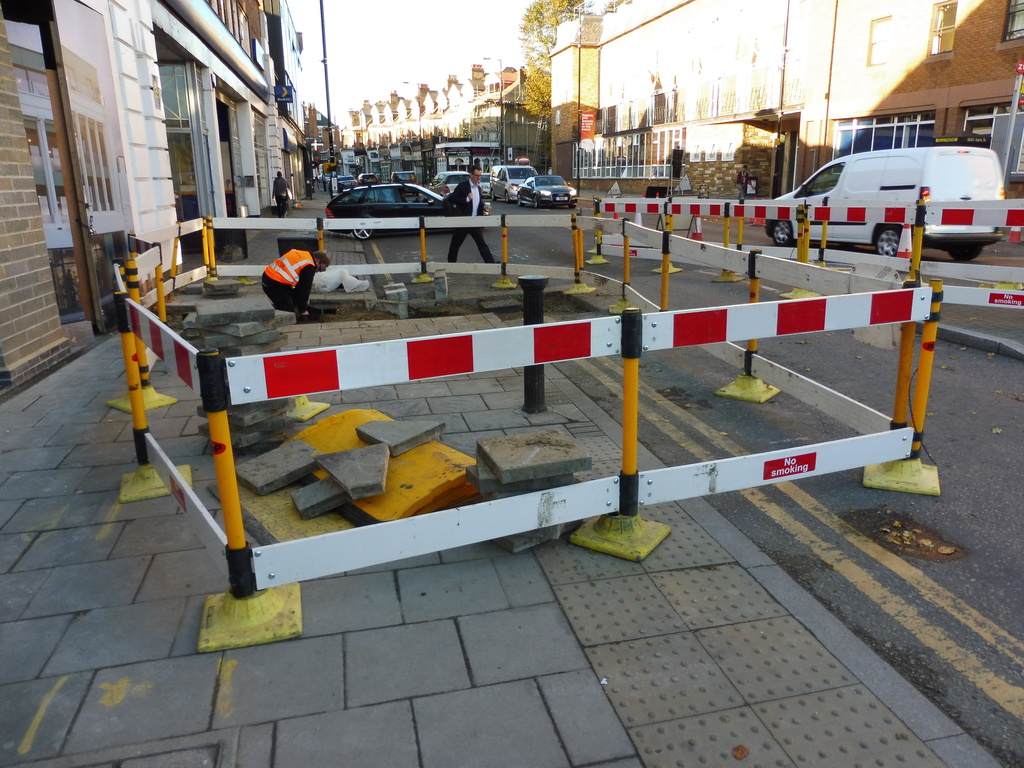 The developer will be required to pay a Community Infrastructure Levy of £100,100 in total.