In north London, we are building the 68-unit Dorsett Hornsey Town Hall, part of a vibrant new mixed-use development set to open in 2021. The Grade II* listed Hornsey Town Hall, originally designed by Reginald Uren, was London’s first Modernist building when it opened in 1935. It was a thriving cultural center, and, fun fact, where (rock band) Queen held their first concert. The council ran out of money in the 1980's and the building sat dormant for some 20 years. Now it’s all being completely restored and redone to include a new arts centre and our 67-unit, apartment-style hotel in the landmarked Town Hall, together with an improved public square and new residences. The hotel’s decor will be a combination of old and new; some rooms will include original ironmongery and wood panelling, paired with complementary modern lighting and terrazzo-inspired worktops. The historic building will also have a theatre, recording studios, co-working spaces, two restaurants, two cafes, and a rooftop bar. Located in Crouch End, a trendy residential area, with good transport links to central London via bus to Finsbury Park tube station, it is also just east of Hampstead Heath, one of London’s most stunning parks.

Meanwhile, back in Shepherds Bush: 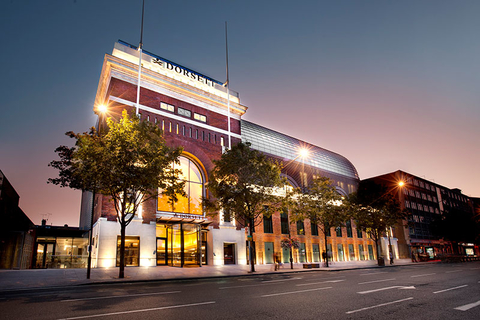