There have been whisperings, rumours and an unholy amount of anticipation surrounding The Hour since it was billed as “the British answer toMad Men” last autumn. The cast list is stellar - Romola Garai, Dominic West and Ben Whishaw as main characters with supporting cast including Tim Pigott-Smith and Juliet Stevenson as Lord and Lady Elms; Anton Lesser as Clarence Fendley, the BBC's Head of News; Anna Chancellor as Lix, The Hour's brave and maverick hard-drinking foreign correspondent; Julian Rhind-Tutt as Angus McCain, the Prime Minister's eyes and ears; and Oona Chaplin as Marnie Madden, Hector's spoilt beautiful wife.

But for those of us living in N8 the real star must be Hornsey Town Hall where, according to this article it was filmed, for the most part.

So if you want to see our local listed building on TV (again) keep an eye on this link. 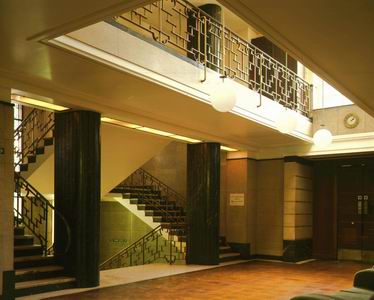