#HDV now *unsupported* by more than half the Council

THURSDAY's Council Labour Group vote on the HDV saw a reduction in the level of support for the proposal for the high-risk Haringey Development Vehicle. I'm given to understand that the voting was:

The abstentions are notable. The leaking of support reflects growing uncertainty compared with the vote in January (that saw no abstentions).

If we assume that the abstaining Labour Councillors felt sufficiently concerned so as not to be able to support the proposal (four) and we add that figure to those actively opposed (17) and then add that to the Liberal Democrat Opposition (including me) who would either not support it or are actively opposed (8), we come to a figure of 29: artificial—but a simple majority of Council Members that could not support the HDV proposal.

I say artificial, because were it to come to Full Council (57 Councillors), the Labour dissidents would be likely to be whipped to within an inch of their political life in order to support the Cabinet Line.

It speaks volumes that—despite months of PR, briefings, proselytising and the kind of persuasion that only an institution with the resources of a Local Authority can muster—just under half of the total number of Councillors feel able to support the proposal.

By coincidence—at the same time as the Labour Group vote—news media on the other side of the world drew attention to the choice of exterior cladding on buildings in Melbourne and Sydney.

A large Australian company with a chequered history called LendLease is involved. It happens to be Haringey Council's choice as 25-year partner in the star-crossed Haringey Development Vehicle.

If the Council Leader did not earlier know about the evidence of LL cost-and-corner cutting in construction, she does now.

The remaining Labour Councillors who supported the HDV now need to examine their consciences.

* this figure may be 26, but in any event, would not
change the overall picture reflected in the headline

UPDATE: Sunday 19:10: amongst the four Labour Councillors who abstained, two Cabinet Members may also have withheld their support for the high-risk Haringey Development Vehicle (#HDV).

The direction of travel of this “vehicle” is apparent.

Of the two Cabinet Members who withheld their vote for the HDV by abstention, one was a welcome change from their earlier support for the HDV and the other was disappointing.

My gut feel is the high-risk HDV is now on the skids.

The HDV campaign is organising a rally on the day the Cabinet is near certain to approve the proposal: 3rd of July. 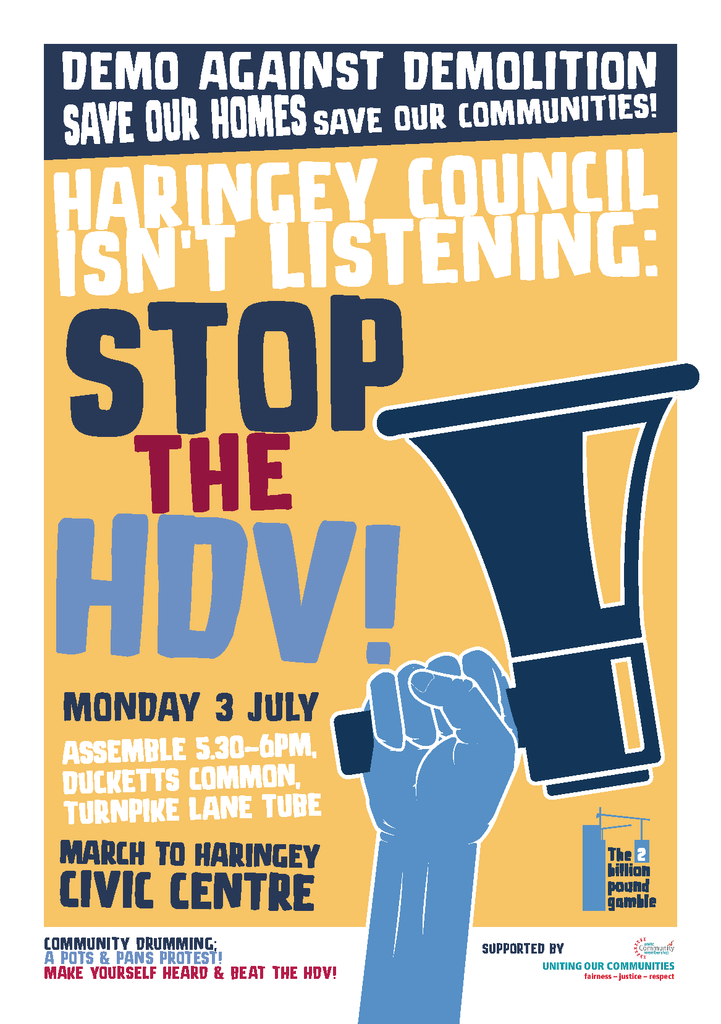