#HDV | Does David Lammy’s letter now mark the beginning of the end?

DOES David Lammy's letter mark the beginning of the end for the high-risk HDV?

Yesterday, Tottenham’s Member of Parliament wrote to the Leader of Haringey Council: Each of the current Crouch End Councillors (Progress/New Labour) is a known-supporter of the HDV, having voted for it in at least two Labour Group meetings. They are:

Note on the January vote

Note on the June vote

THE matter of the HDV is now gnawing away:

Tonight, the Council Leader won a confidence motion put to the Labour Group (29 to 15) thus:

ONE THIRD of Labour Councillors presently do not have confidence in their leader. 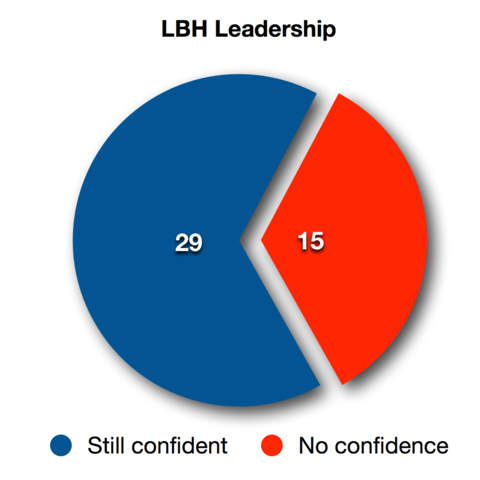 The revolving door connecting politicians with lobbyists clearly helps them, but does it benefit us?