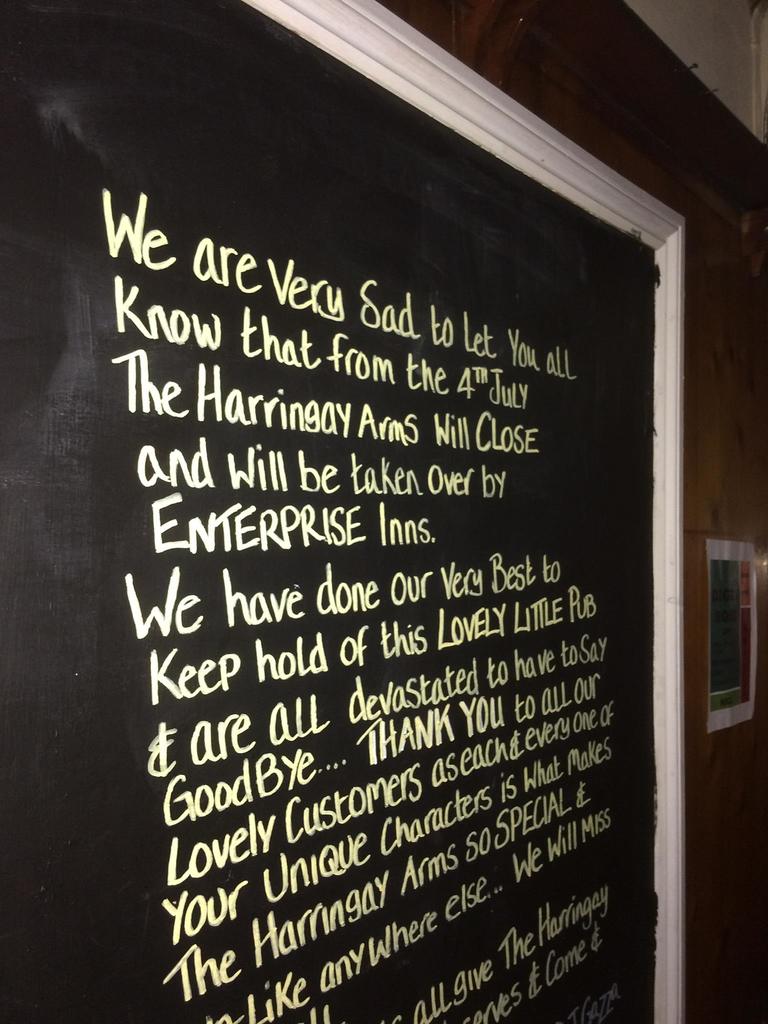 Thanks to Tom Lea for the picture

Sounds like it's not actually closing but changing ownership. Can't say this surprises me. One of the few times I visited, fairly recently, they had run our of beer completely - can you believe it?

It was already owned by Enterprise Inns I think - who are notorious for their management arrangements, and for defenestrating 'underperforming' tenants.

Question is, do you have any dope on what comes next? Another tenant, a new pub concept, or a sell off?

Asset of Community Value anyone? (like the Earl Haig and the Hope and Anchor)

Just remembered, and just checked - the Antwerp Arms in Tottenham, site of a successful community campaign, was an Enterprise pub.

Ah, didn't know it was ALREADY an Enterprise Inn pub. Still though, comments on other thread stand - former manager and his cronies put a lot of people off I think...

Is the Harringay Arms an Asset of Community or is it just a pub? Does a pub anyway have community value? The Earl Haig had all that British Legion context, Neighbourhood Watch meetings, tango lessons and hires for children's parties. Does the Harringay have all that stuff? Last time I was in there the landlady (who is not universally popular according to the Facebook post) was collecting for a local choir who were holding a concert in the Earl Haig, which is fairly community minded.

Is there a suitably motivated group to take on the campaign?

In a neat bit of circularity the Prince was taken on by the people behind the Dukes Head in Highgate. The same people who are now taking over the Henry Reader. Expect craft beers and pop-up kitchens.

Henry Reader being taken over by the people behind Duke's?

I work in the trade Adrian and to my knowledge, a company like Enterprise and other big pub co's generally refuse the Asset of the Community listing.  The reason for this is that, if at any time in the future they wanted to redevelop, this would cause them problems so it is generally a sweeping decision on a lot of pub estates, even if there are no plans for selling or redeveloping.

. . . and in other pub news the late Henry Reader

Thanks Rob. Bin away?

I spoke to the Highgate Dukes Head people t'other day too - they're aiming for Topsfield Parade's Small Beer to open in October. Hope you like craft beer. Crouch End is moving towards the pale ale, gin fueled broad sunlit uplands.

From the Harringay Arms application - 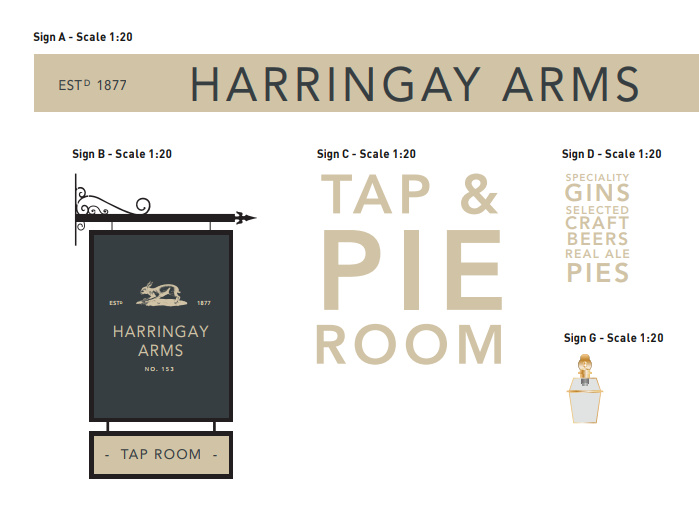 Interesting although they'll need to get rid of the squatters first who are currently occupying the Harringay Arms!