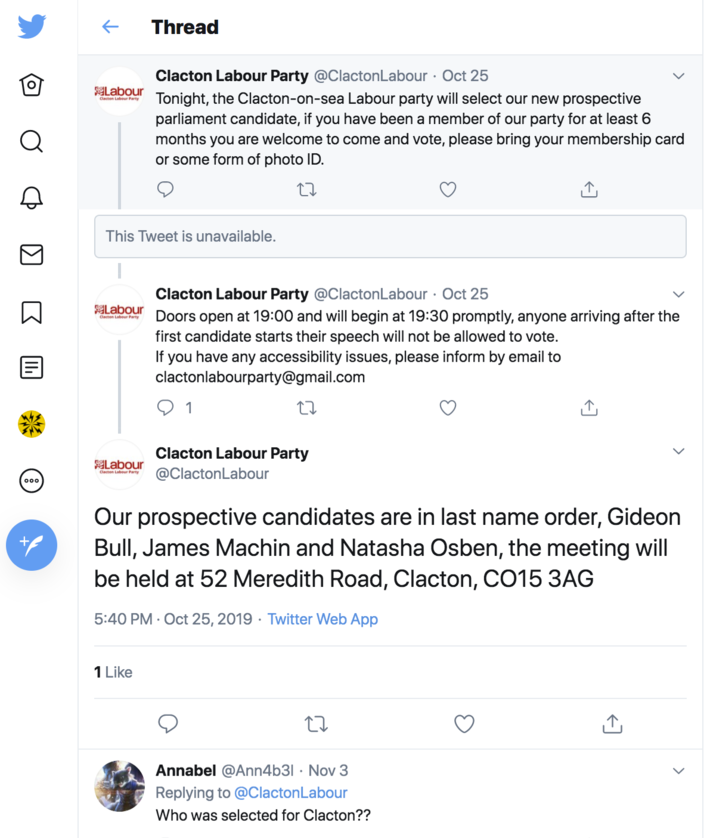 LAST week, Haringey Council's Cabinet Member for Local Investment and Growth (Cllr Gideon Bull) was obliged to withdraw his bid for Parliament, following the fuller exposure of anti-semitic jibes he offered to the Cabinet's sole Jewish member (Cllr Zena Brabazon). However, there are questions outstanding: 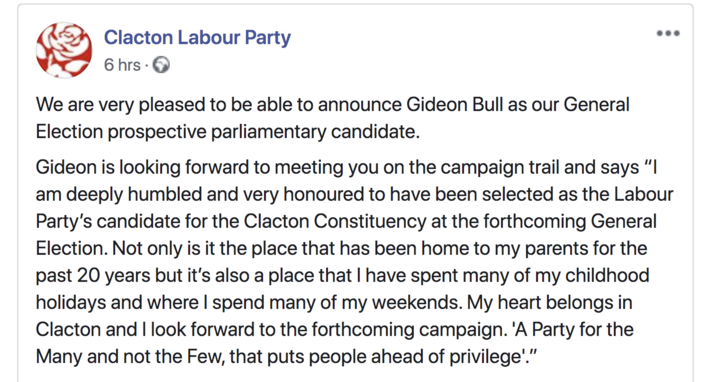 At the time of writing, Cllr Bull is a member of the UK Labour Party and in good standing. His Haringey leader is silent, as are his Cabinet colleagues.

Cllr Bull's statements to the media last week amounted to digging himself in deeper. He suggested that the kind of comments he made were normal when and where he grew up. But why, in July of this year, was he still using such terms from his childhood? And why did he use such terms 10 years ago (point 8, above) after reaching adulthood?

One hardly needs to be a Shakespearean scholar to be aware that “Shylock” is a Jewish character. In blaming Margaret Thatcher for a poor education (!?), he appealed to his loyal tribal base but is unlikely to convince others. He may not be an anti-Semite but has surely made a fool of himself.

If he was trying to make feeble jokes about it all, then he must still have the wit to realise that he has also helped to damage his Party's electoral prospects. He should resign. He may want to resign but would be likely to face resistance from the novice leader. Apart from being one of Cllr Ejiofor's cronies, Cllr Bull has shown loyalty to the leader to an extraordinary degree.

Haringey needs competent, effective leadership. In its absence, the record of poor judgement and poor governance is likely to continue.

THIS article about Cllr Bull was sent to me last night. It appears in the current issue of Private Eye: CLLR Gideon Bull has written a letter [here] that appears in the Clacton and Frinton Gazette, and that is billed as a "heartfelt" apology.

However, the apology is made only to "residents and party" and for the fact of his resignation as Parliamentary Candidate. The closest Cllr Bull comes to acknowledging the reason for his resignation is, "the current circumstances".

There is no detail here on what are the current circumstances, nor any apology for them. The excuses he offered to the media elsewhere, were nonsensical. Still less, is there any apology here to the sole Jewish Member of Cabinet.

Cllr Bull has claimed he has apologised to Cllr Brabazon, but has offered no evidence for this.

i.e. the sole Jewish Cabinet Member whom Ejiofor sacked from the Cabinet on New Year's Eve last, but who returned (as Deputy Leader) last May following a popular vote in the Council's Labour Group.

The appearance given, is that Joseph Ejiofor was—and is—content and satisfied with, or indifferent to, the anti-Semitic remarks, not least because it appears that he did and said nothing at the time of the meeting he chaired. Or since.