Has anybody heard about the council's plans to build a five storey block of flats on this site?? (Lynton Road / Park Road) It looks like a pretty big development.

Not unsurprisingly this has generated a little panic among the nearby residents/Facebookers.

Strictly speaking the council has no plans whatsoever to build anything on the site.but it does have an obligation to provide a very great deal of housing across the borough to comply with the GLA ambitions.

So what is being proposed (I think) is not that there will definitely be a 5 storey block of flats on the site, but that the site will be designated as potentially capable of supporting this development if a developer with the money and ambition to do so seeks permission.

This proposal is part of a raft of proposals Haringey is making for developments in the borough. This one is called the Site Allocations DPD. By a quirk of the electoral wards Lynton Road (and the Maynard) are in Muswell Hill. Search within the document for 'Lynton Road'.

There is an existing 4 storey planning application for the Jordan Andrews site, replacing an earlier application, also granted.

Apparenetly the lovely garden/bomb site I wrote about recently is also subject to being built on.- - see the Facebook post

What can anyone do? Respond to the consultation and put your weight behind the Crouch End Nieghbourhood Forum a body in the process of creation designed to adress precisley such local issues. 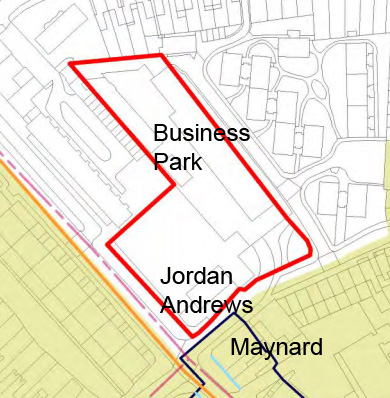