In an extraordinary volte face the three Crouch End Labour Councillors have published an open letter which contains a number of key points:

One thing at a time then.

"This is the first time us [sic] three Crouch End ward Councillors have seen these numbers . . . ." Is it not astonishing that the three of them have frequently, loudly and in defiance of huge amounts of public opinion (new signatures are beginning to appear on this petition, why not add yours), promoted the FEC bid as the only possible saviour for Hornsey Town Hall without knowing what they were talking about. Perhaps, you might think, this is the standard practice for politicians, but surely should not be when disposing of a huge tranche of the public realm.

Our councillors also seem ignorant of how much it will cost to repair the listed building.

"Your viability assessment fails to provide a detailed breakdown of how much will be spent restoring and refurbishing the Town Hall. We urge you to set this out as soon as possible."

Jaw dropping ignorance when two of them are members of the entirely useless Hornsey Town Hall Creative Trust, a buildings preservation trust, with no building to preserve, and apparently no idea of the costs of doing so.

Now these councillors in particular, and Haringey as a borough, has expended a huge amount of time and energy on this FEC bid. After the Mountview bid failed, there was a corporate decision to go down the very secretive, and appallingly expensive OJEU route, a form of EU procurement designed to prevent the public being ripped off by greedy private sector entrepreneurs. Our three councillors participated in this process and lauded the outcome, whereby FEC became preferred bidders. The three of them have been complicit at every stage. Now that things have gone a little skew whiffy surely its time for them to stand up and be counted. Not at all. They write:

"By failing to fully redact your viability assessment you have effectively leaked details of the profits you expect to make as well as your assumptions about anticipated revenue."

Its all FEC's fault for a small slip with a computer.

Twice in the course of their open letter the three stooges say "Our support for your application [ ] is contingent . . . ". That is a turn around. Up till now their support has been unstinting. See this analysis of some of their fawning. This, on the other hand is close to war. There is a very long list of conditions to be met before peace can break out again. One wonders why we bothered spending all that money on the OJEU procurement

I wonder what world they live in. Did they really believe that a private company trying to maximise its profits would really tell the truth, the whole truth and nothing but the truth in papers where they are allowed to keep large parts secret. That's not to say that FEC are not telling the truth. What they have presented is a version of the truth. It's just, for example, elements of it are based on assumptions. And when making assumptions one can choose those which best fit the outcome one is aiming for. Like house prices in Hornsey are the same as in Crouch End. And one can leave bits out. Like the true cost of restoration. And one can omit to state that the reason the announcement of the Arts Operator is repeatedly postponed is because no one will take it on at almost £200,000 a year rent.

Huey, Dewey and Louie need to get real

Our councillors are very well aware that there are local elections coming up in May. Less than a year. But for our discovery of the Economic Viability Assessment figures, those months might have passed with the pushing through of the planning application, to much trumpeting from FEC and the Three Mouseketeers of what a wonderful job they'd all done. Selling the Town Hall for a pocket full of mumbles, such are promises, but hardly any real cash, and all but no control in future years. Years of development of the sort of homes which it appears Crouch Enders and members of the Labour party really don't want. Look at the responses at the foot of this page on the Appreciation Society blog. An Arts Centre doomed to fail, if indeed it ever began. Etcetera.

I wonder is there a way back from this? If local councillor support for the planning application is now contingent on so many things; if local residents are to be given time to make substantial objections; if FEC bother pressing on in the face of so much opprobrium - can this project survive? Will the planning application get permission? Can our three councillors re-brand themselves as community heroes, having once been exposed as FEC puppets.

I rather hope not. In the letter there is a paragraph about ANA which ends:

"Whether ANA or another organisation take over the running of the Arts Centre at Hornsey Town Hall, an important bar has been set for what the community can expect."

Perhaps ANA is the future. Do you think we could elect them in May? 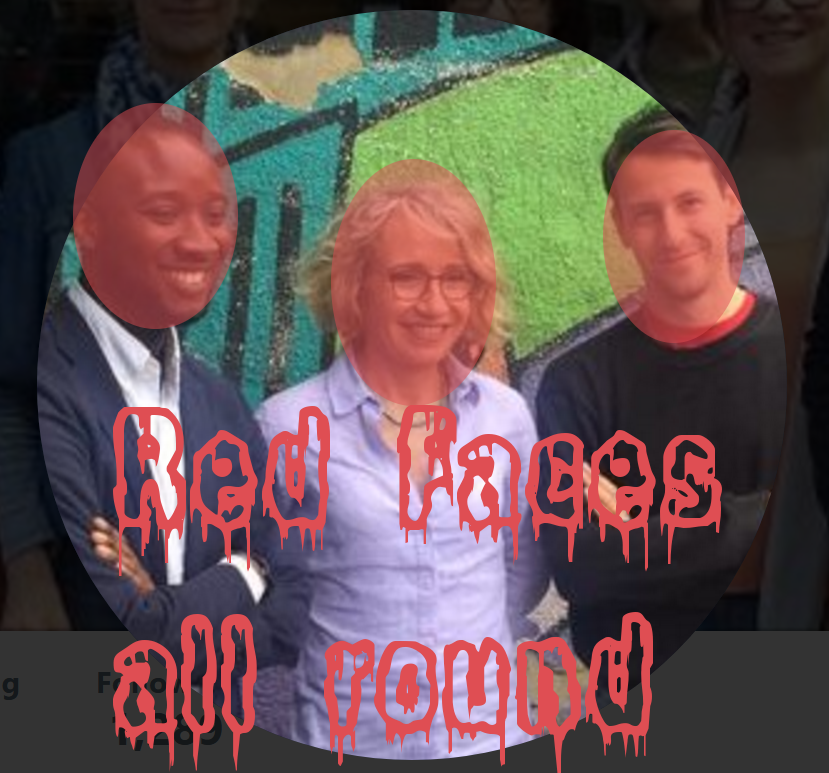