CEFC’s next concert is on October 5th at the Queen Elizabeth Hall where they’ll be performing Beethoven’s Missa Solemnis.

Written about the same time as Nigel Farrage's least favourite symphony (the Choral) there is something "other" about the MS. Musicologist Donald Tovey says ...

"  Not even Bach or Handel can show a greater sense of space and of sonority. There is no earlier choral writing that comes so near to recovering some of the lost secrets of the style of Palestrina. There is no choral and no orchestral writing, earlier or later, that shows a more thrilling sense of the individual colour of every chord, every position, and every doubled third or discord  " 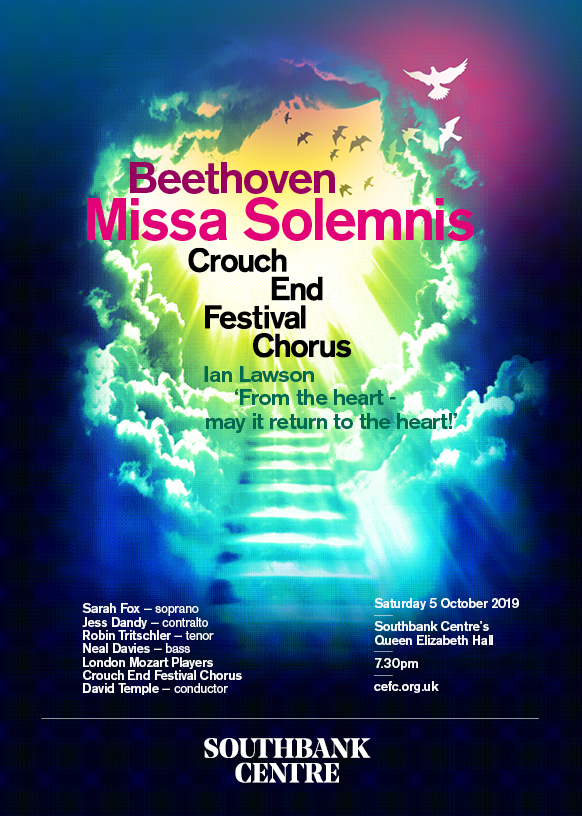 Also included in the programme will be the winning piece from the recent CEFC competition which invited composers to write an a cappella work using the words “From the heart-may it return to the heart!” which Beethoven wrote on the Missa Solemnis score. The winning composer is Ian Lawson.

Like my good self, Ian was born in 1955: it's good to see people making a success of their three score and ten!