From the ashes of BG Max has arisen a new club. Equally dodgy, 'N8 club' opens its doors.

We are requesting information from the council who have, once again, failed to inform locals of this development.

Isn't this the third name change?  How can they be allowed to close down and re-open under a new name simply because they didn't like the restrictions imposed upon them.  Is this even legal?  Wonder if we have a chance of nipping this in the bud before the license for the new club is authorised? 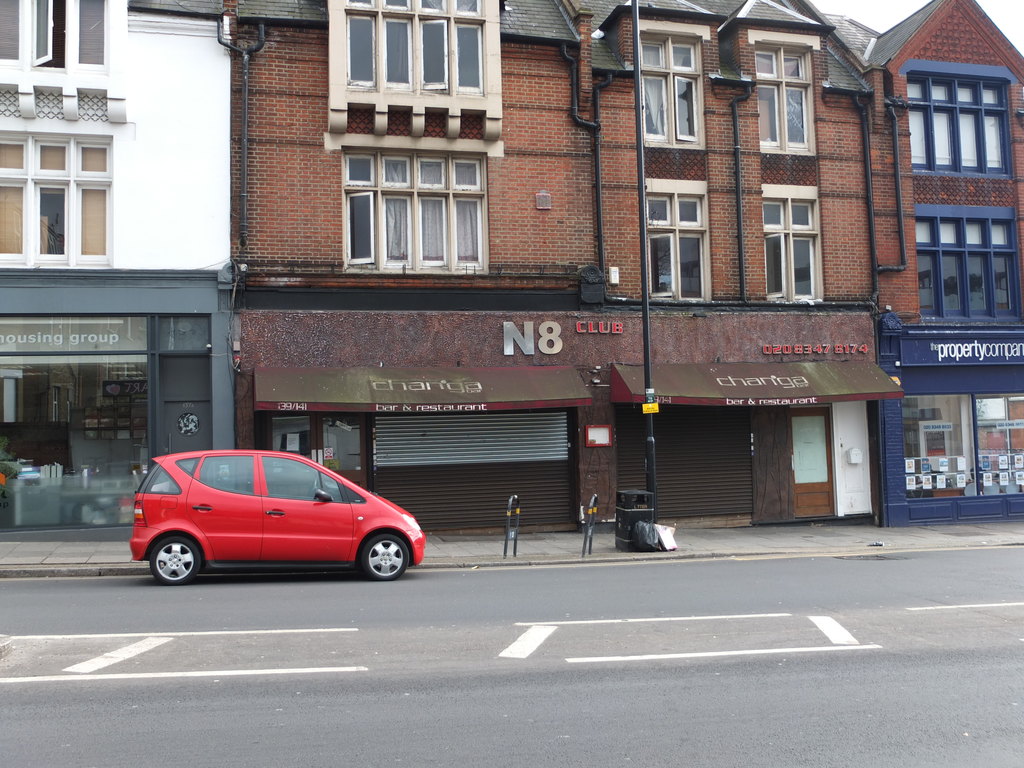 Is there any update as to what is happening with this place?

Permalink Reply by Adrian Essex on April 6, 2013 at 16:09
I met Ged Macken of Trust Inns and Emil not long ago. I now have both their email addresses and mobile phone numbers, offered as part of their wish to build bridges with the community.
What I have written below is what they told me.
The business arrangement is that Trust Inns rent the entire building where BG Max/N8 Club is the ground floor. They sub let to Emil. Trust Inns make their money from the rent they collect, stock they sell to Emil and from fruit machines.
Trust Inns have a premises licence, the maintenance of which goes to their good name and continuing business.
Emil makes money if there is any left from the takings after Trust Inns have taken their cut, and other expenses.
I think Emil has a personal licence.
Emil formerly had a partner, but this business relationship has been severed and Emil is solely responsible.
Emil has worked for an event management company for 10 years, and ran the Crazy Cock restaurant in Willesden High Street for 3. He publishes a Bulgarian language newspaper in London called Budilnik
In the past the premises were associated with a gang. It was this connection that led to outbursts of violence. Ged and Emil believe that this connection no longer exists and have had no trouble with the gang since the last police incident in August. The former tenants had used the whole of the building as a sort of hostel, and it had become overcrowded, in some cases with undesirables. There is now a strict limit that no more than three people will live on site, or 5 if family members.
Emil plans to make a new offering- the club will be closed on Monday. On Sunday and from Tuesday to Thursday it will be open from 7 p.m. until closing time and will attempt to attract local custom. There will be no music and no entertainment on these evenings. On Friday there will be a DJ playing 80s and 90s music or similar. On Saturday there will be a Bulgarian DJ and / or singer.
Internal redecoration is now taking place, and the new offering should have commenced on Friday 8th March. External redecoration will follow.
The appeal against the revised licensing consitions is against two of the conditions:
1) The constant presence of a female security guard - it may happen that there is none available from the agency on any particular day, and this should not be a reason for being closed down
2) The limit of 5 smokers outside - this is all but impossible to manage, if for instance some passers by stop to chat they may be counted by an observer as smokers, when in fact they are not.
Trust Inns has 564 pubs nationwide, 32 in London. They are of many different sorts and do not fit a stereotype.
Ged and Emil are aware that the business has lost credibility with the residents nearby. It is their wish to rebuild this credibility. They are aware that this will take time and some locals may react with doubt to what they are now saying. Emil has offered his phone number in the hope that he will be the first point of contact for any problems, and that by tackling problems when they are small trust will be rebuilt.
Emil - 07425106442  erusanov@abv.bg

Permalink Reply by Adrian Essex on April 6, 2013 at 18:34
Since posting this some two hours ago, I have been provided with the following links. I can take no responsibility for the content of external websites.
http://www.google.co.uk/url?sa=t&rct=j&q=crazy%20cock%20willesden&source=web&cd=2&cad=rja&ved=0CDQQFjAB&url=http%3A%2F%2Fwww.qype.co.uk%2Fplace%2F375332-The-Crazy-Cock-Bulgarian-Mehana-London&ei=WVdgUYnaL8HFPd2FgJgG&usg=AFQjCNH2gi5QBg2E4A8N0DfPSPGFVrJqXQ
http://www.google.co.uk/url?sa=t&rct=j&q=crazy%20cock%20willesden&source=web&cd=3&cad=rja&ved=0CD4QFjAC&url=http%3A%2F%2Fwww.london-fire.gov.uk%2Fnotice_detail.asp%3Fid%3D72287&ei=WVdgUYnaL8HFPd2FgJgG&usg=AFQjCNF7OtDRxENo4EOkT8ojT-CvU9j3QA
http://forkandflag.blogspot.co.uk/2010/12/bulgaria.html

This isn't a good start to rebuilding credibility with local residents.  Already they are back to their old ways of letting rubbish pile up in their alley on Ferme Park Road - photo attached.  It doesn't bode well  for the new Club N8.  I'd love to see them change their ways but I'm not hopeful.  Maybe I should email Emil with this photo?