I found a message on my answerphone today from this number. A recorded, quite convincing voice said "This is a message from HMRC. We are filing a law suit against you. Press 1 to speak to your case worker"

Looking the number on a search engine reveals this is happening quite widely. It is possible that HMRC is filing a law suit against  me but I don't believe this is the method they would use to let me know,

Money saving expert has an article on such frauds which begins - Fraudsters pretending to be from HM Revenue & Customs (HMRC) are expanding their unscrupulous activities after years of sending out fake emails to now calling unsuspecting consumers – and some are duping victims into paying them in gift cards and vouchers. But there are ways you can fight back against these phoneys.

Rather depressingly the official reporting mechanism takes 20 minutes to complete, and is only interested in crimes that have taken place, not in preventing further attempts. 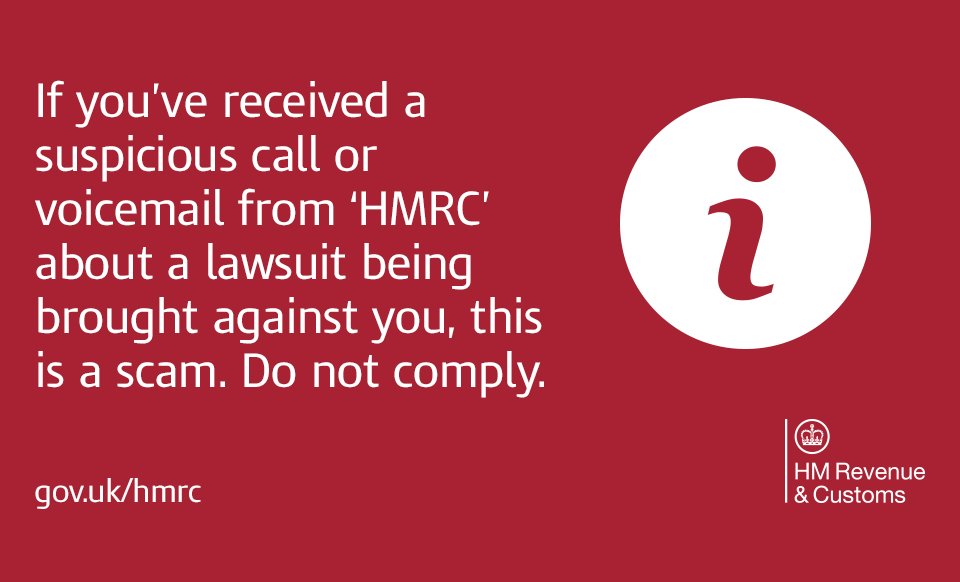