The crash as it actually happened.

This exciting incident is all over social media and the press. The police statement reads:

"At approximately 10.20am on Monday, January 25, officers in an unmarked car attempted to stop a vehicle in the Muswell Hill area.

"The driver failed to stop for police. The car subsequently collided with a building on Park Road, N8 and the driver fled the scene.

"The male driver was arrested a short time later on suspicion of drugs offences. He was taken to a north London police station where he remains in custody.

"A large quantity of what is believed to be drugs was recovered from the car.

"Detectives from the Organised Crime Command are investigating."

This is the result - two businesses and a private front door substantially damaged and the rest of the building at risk of instability. Luckily there were apparently no casualties. 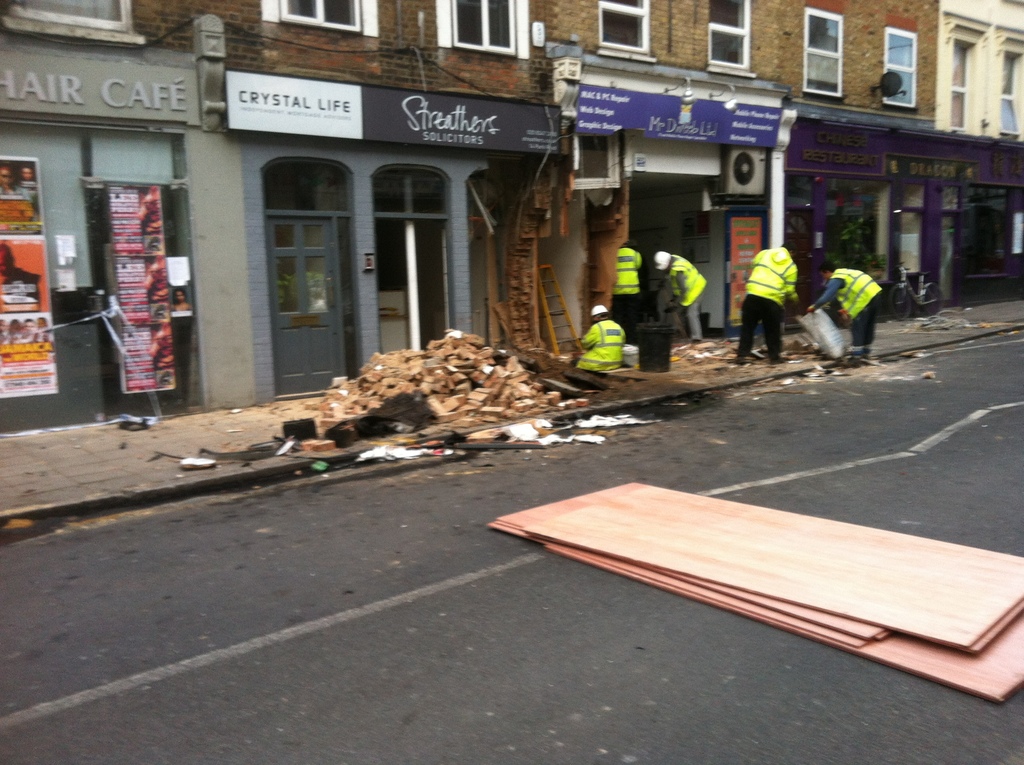 Just under 3 years ago there were other cars on pavements on this stretch of road.