A High Level Concept which might modally filter your road - @HaringeyCyclist

Many Thanks to the Haringey Cycling Campaign for asking TfL for the plans currently being considered for Crouch End under the rubric Liveable Neighbourhoods Initiative.

TfL have made available various documents in response to a Freedom of Information request.

This is the High Level Concept for Crouch End on which, I am assured, consultation will take place "in due course".  It is dated October 2017 and labelled "DRAFT".

I can only partly reproduce it here. The original is provided by TfL. 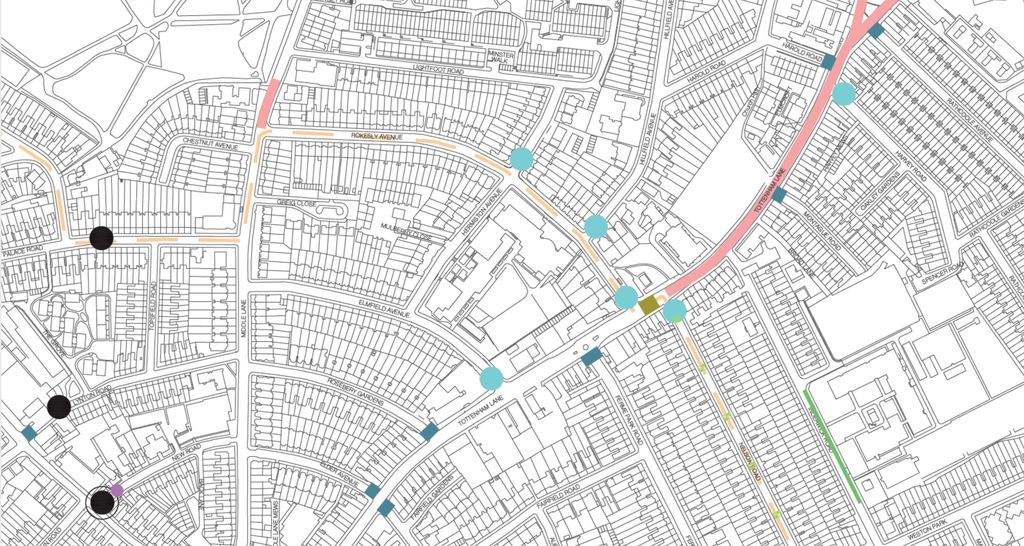 The blue dots are proposed modal filters. What we interpret by that is that only cyclists and pedestrians will be able to enter Nelson Road, Rokesly Avenue, Hillfield Avenue, Hermiston Avenue, Elmfield Avenue and Harvey Road at the points indicated. If the proposal is implemented it will make those roads more liveable. But it is only a high level concept, which will be consulted on "in due course", and for the implementation of which, according to our outgoing Labour councillors,  £5.8m has been awarded

I may have misinterpreted 'modal filter'. I believe these devices allow only cycles and pedestrians to pass. Given the presence of two such filters at the Tottenham Lane end of Rokesly and Elmfield Avenues, perhaps they also permit the passage of double decker buses, as the W3 uses these roads. Or perhaps this will be sorted "in due course" when the promised consultation takes place.

It appears not everyone is happy living in a mini Holland...  and full marks for doing it next to an Esso.