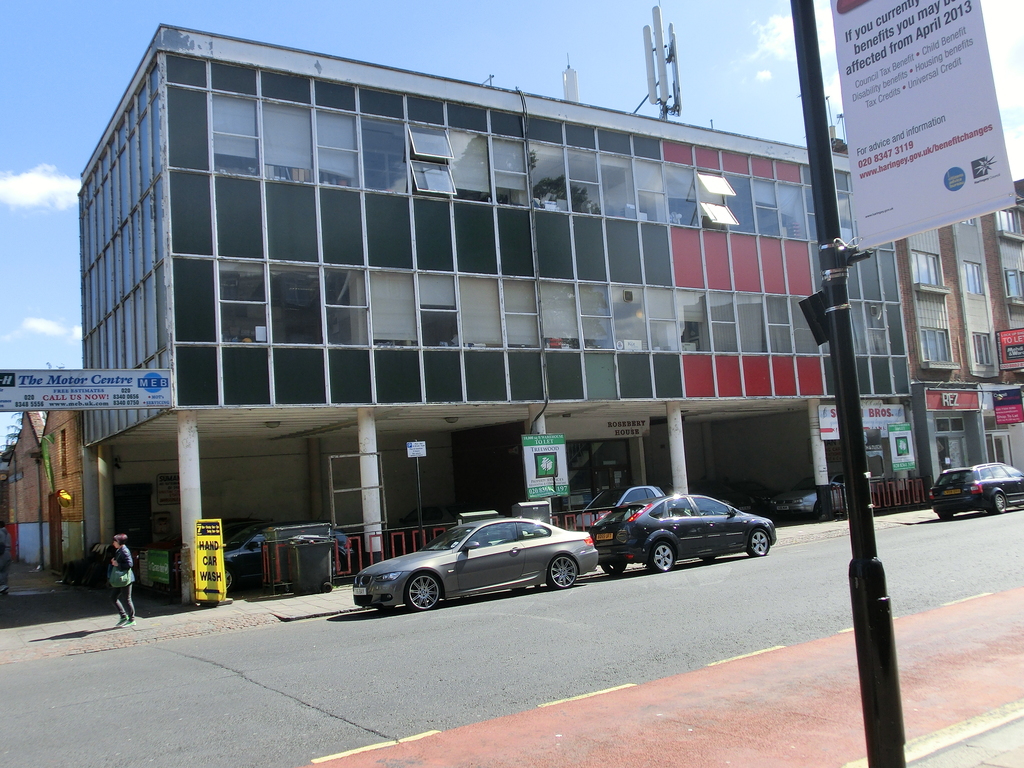 I think this is exciting.  It looks like this end of Crouch End is really set to regenerate.  Let's face it, what we have in that space currently is pretty depressing.  I'm looking forward to enjoying both cinema's (if it happens). x

Cineworld are a pile 'em high sell 'em cheap operator with a corporare faceless and unimaginative brand - they bought the controlling share in Picturehouse for £47million this year to annexe a middle class brand and audience to improve their market share and profits. [ the deal is still being approved by the competition commission] Picturehouse is run by former alternative or arthouse types whose influence will be reduced by the new owner gradually wearing them down and within 2-3 years will be elsewhere I imagine.

This is a corporate project not a cultural one.

Sorry you feel this way Twin Spark - I noticed you posted an equally negative comment on our Facebook page. If you're familiar at all with Picturehouse Cinemas you know that what you're saying above is simply not true. Just look at the sample programme from any of our cinemas and you'll see that we're light years away from a generic multiplex. We porgramme our cinemas according to the needs of the population we serve - and Crouch End will be perfect for the more arthouse and interesting side of the spectrum. Hope to see you in the venue when we open.

Read carefully - You're confusing my comment re. CW with that re. PH.

I did read it and I still disagree with you! 9 months into the merger and nothing has changed at Picturehouse Cinemas. Check in a year from now and you'll see things are the same. (scratch that. they'll be better!)

I wouldn't expect it to change yet - but it will come after approval from the CC and a 'honeymoon period'. Nevertheless a great deal of assimilation will have occurred with figures studied, projected,rejected in countless meetings  ahead of planning for next financial year. It's not a merger CW bought a controlling stake. I have been involved on either side of deals like this, as the buyer and the boughtt.  There is no way that CW will allow PH cost base to trundle on year on year - there are always 'efficiencies' and 'ratiionaisation' made.  CW wants to develop yield management techniques for niche product ahead of further market fragmentation.  Good luck all the same.

See below on the antics of our new local friendly cinema chain!  As for their building plans? -  They have no architechtural merit and appear to have designed by an accountant.

Staff at the Ritzy cinema in London are to ballot on strike action after a long-running pay dispute with cinema operator Picturehouse.

Workers are calling for the exhibitor to pay all staff the London Living Wage of £8.80 per hour, a demand Cineworld-owned Picturehouse refuses to meet.

Approximately 90% of the Ritzy’s 100 staff are BECTU members, according to the union, which will post the ballot results on its website on Monday.

The union has been leafleting outside the cinema this week after ACAS-mediated talks between the two parties broke down in February.

Meanwhile director Ken Loach has waded into the dispute, expressing outrage at the exhibitor’s stance:

“It’s unforgivable not to pay the London living wage,” the veteran director told Screen. “It’s really shocking. Particularly since the same cinema hosts the Human Rights Watch Film Festival and sells Fair Trade Coffee. They will support every good cause apart from the one at home. It’s hypocritical window-dressing and I hope they’re shamed into paying proper wages.”

“Picturehouses are now part of the largest chain of cinemas (by number of screens) in Europe, and they are currently hoping to invest about £20 million in new cinemas in the UK, including plans for five new cinemas in London alone. We are simply asking that they invest similarly in their staff, who after all are the very lifeblood of the business.”

It continued: “As ever, we remain open to talking to Picturehouses and trying to resolve this dispute without having to resort to strike action but our members have repeatedly made clear that they are no longer willing to live on such low pay whilst the profits of The Ritzy continue to rise.”

An earlier message on Picturehouse’s website read: “In common with most Brixton employers we do not pay wages at this level for our front-line staff, but for over ten years we have paid substantially more than the national minimum wage, and there are full benefits such as sick pay, discounts on food and drink and unlimited free tickets. We offered a package that would have increased wages by 21.5% over 20 months but this has been turned down.”

It continued: “We cannot increase pay at a rate that could damage the wider Picturehouse group or cause job losses.”