A PRIVATE and crucial meeting of the Haringey Council Labour Group took place on the cold night of 26 January 2017.

The sole subject of the special meeting was whether or not to proceed with the Haringey Development Vehicle. Late that same evening—at 23:34—I received an unexpected and anonymous text message:

The next day, I learnt from a meeting attendee that the message had not come from anyone who had attended the meeting: however, I also learnt that the texted voting tally was accurate.

10 days later—on February 6th—I noted that Haringey£2bn Gamble had tweeted a significant screenshot. It was a list of names, with:

The number (18) tallied with the earlier text message.

Again, I cross-checked with a third party who had attended the meeting about the names.

[ Notably, #14 in the list—Cllr. Joe Ejiofor—had been the lead signatory to the (minority) Labour Call-in of the Cabinet decision to sell the Hornsey Town Hall and more recently, Joe has been elected Deputy Council Leader—following a secret ballot ]

I hope that the wisdom of their voting will not have to be borne out by an actual vindication, because that would imply the up-ending of hundreds of lives and large-scale demolitions but ending—hopefully—before severe financial damage to our Borough.

There would be no limit to borrowing by the joint venture, secured of course, against what are currently our own, unencumbered assets! Perhaps the biggest financial risk is that the adventure becomes riddled with debt … and then at some point through its multi-year life, the economic background shifts adversely. No other council in the UK with a similar joint venture has seen fit to include their social housing. I understand that two Councillors did not participate in the vote: one chaired the meeting and another was overseas. Therefore, by elimination, it is not difficult to work out the balance of 29 Labour Councillors who, for whatever reason, voted for the HDV.

In order to have paused or slowed the HDV—for further consideration—it would have taken as few as 7 (seven) Labour Councillors to have voted the other way.

This key vote took place in secret, behind closed doors.

Such is the democratic deficit in Haringey in respect of this policy. It would place at risk up to two billion pounds worth of public assets. There is no mandate from the public and there was not one word about it in the 2014 Labour Manifesto. 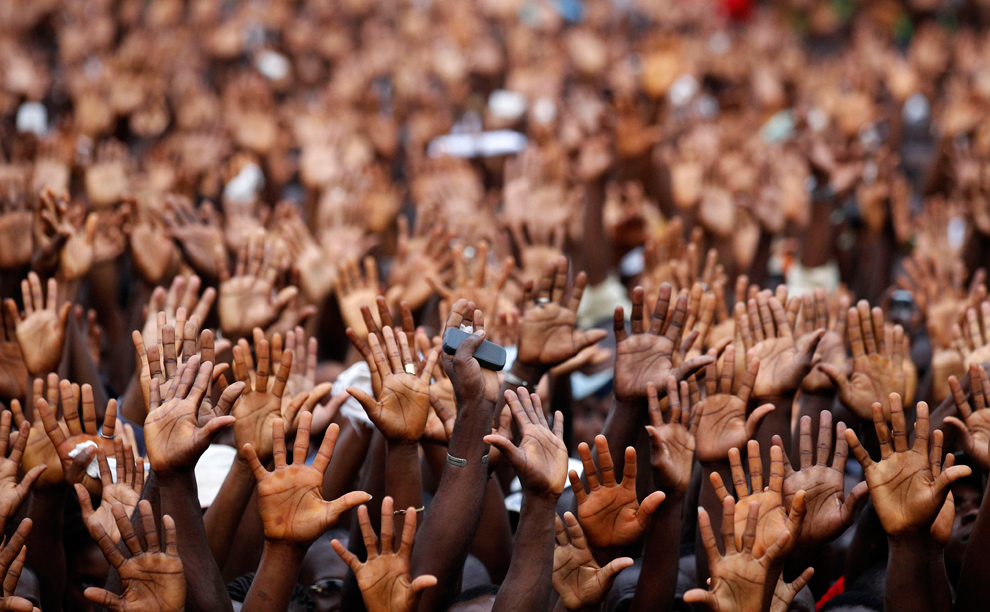 For the record, I was one of the signatories to the Liberal Democrat Call-In of the Cabinet Decision to proceed with the HDV; the LibDem Opposition support the view of the cross-party Council Scrutiny Committee that called for a pause—if not a halt—to the speeding train that is HDV; the two Labour MPs whose Constituencies cover Haringey Borough have posted statements on their respective Facebook pages that query the HDV.

HERE is the image attached to the tweet of Haringey £2bn Gamble, listing those 18 Labour Councillors who in their Group meeting, did vote against the Haringey Development Vehicle: 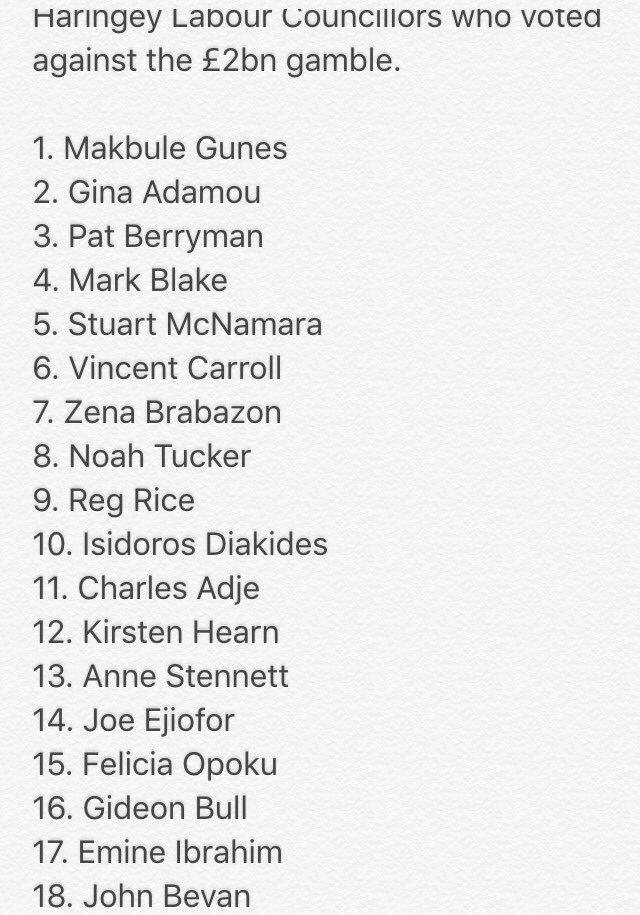