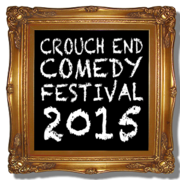 Boom-Tish! at the ArtHouse on Thursday 22 October features Vikki Stone, Jay Foreman, Pete Antoniou, Suzanna Gonzo and Danny & his Amazing Balloons. MC: Rich Wilson. The Arthouse are also putting on some great comedy shows for kids during the festival.